Danish Wildlife photographer Mogens Trolle captured close-up portraits of the world’s rarest primates. With over 25 years of working with wildlife animals on seven continents all around the world, Mogens Trolle had a lot of contributions and studies of primates and wildlife animals to the public. He has recorded that experiences in pictures and shared them with the world. In 2020, he won the “Animal Portraits” category of the Wildlife Photographer of the Year competition with an image of a proboscis monkey.

‘Eye Contact’ is his ongoing project which focuses on close-up portraits of primates. Through the project, Mogens Trolle aims to show primates as individuals with emotions, feelings, and empathy, from which he hopes to create a sensation of connection and raise public awareness of wildlife protection.

Scroll down and inspire yourself. You can check Mogens’s Website for more amazing work.

You can find Mogens Trolle on the web: 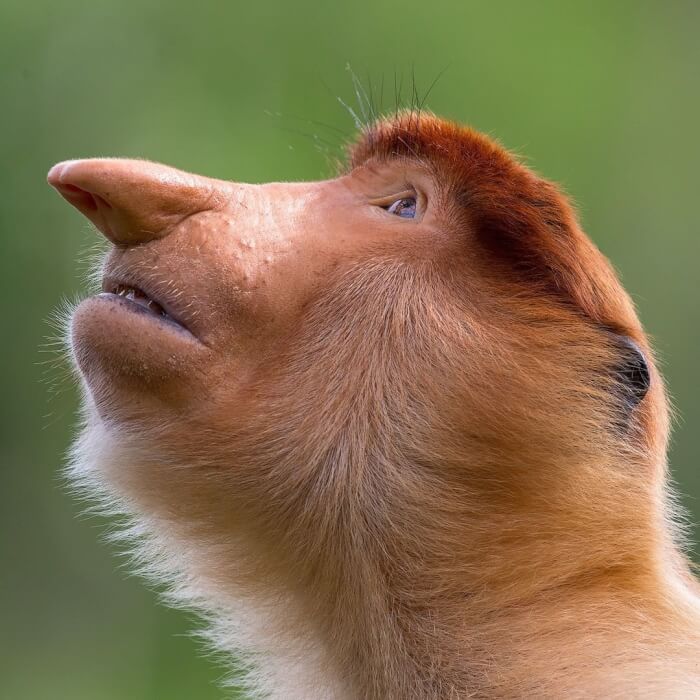 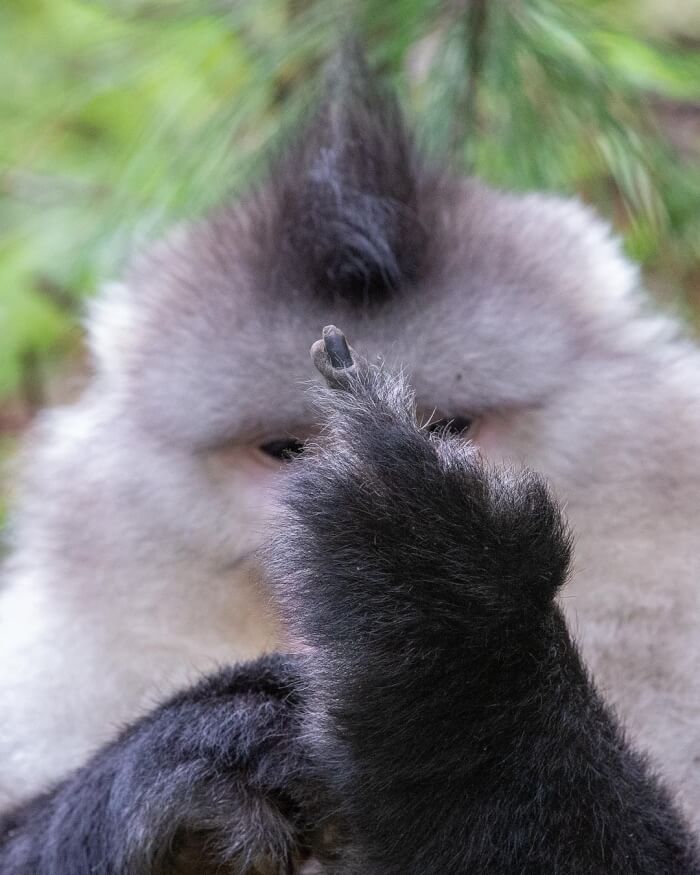 A black-and-white snub-nosed monkey from the tall mountains of Yunnan, W China. 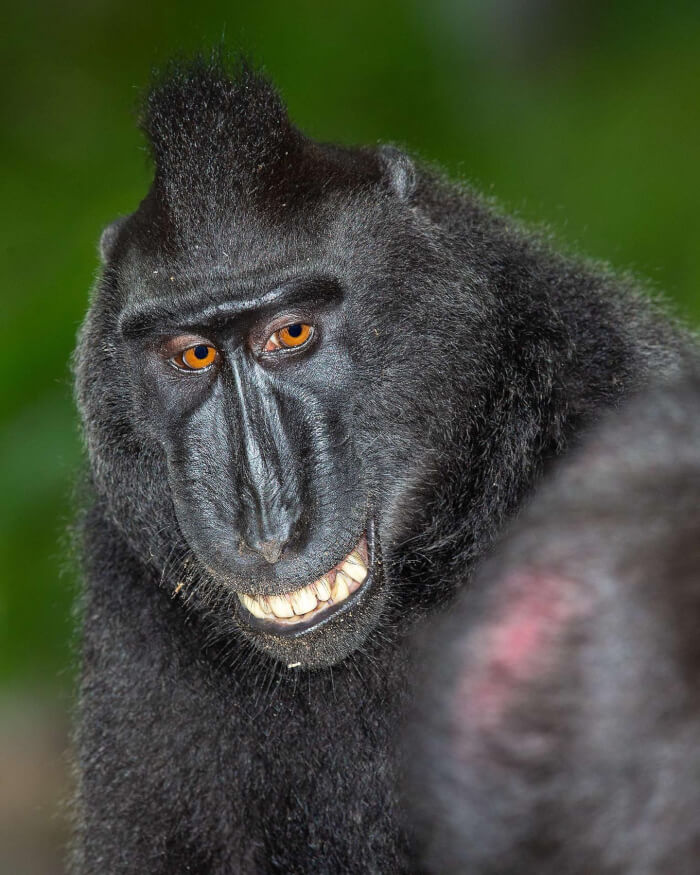 A male black crested macaque from Sulawesi smiling at an amorous female approaching him. 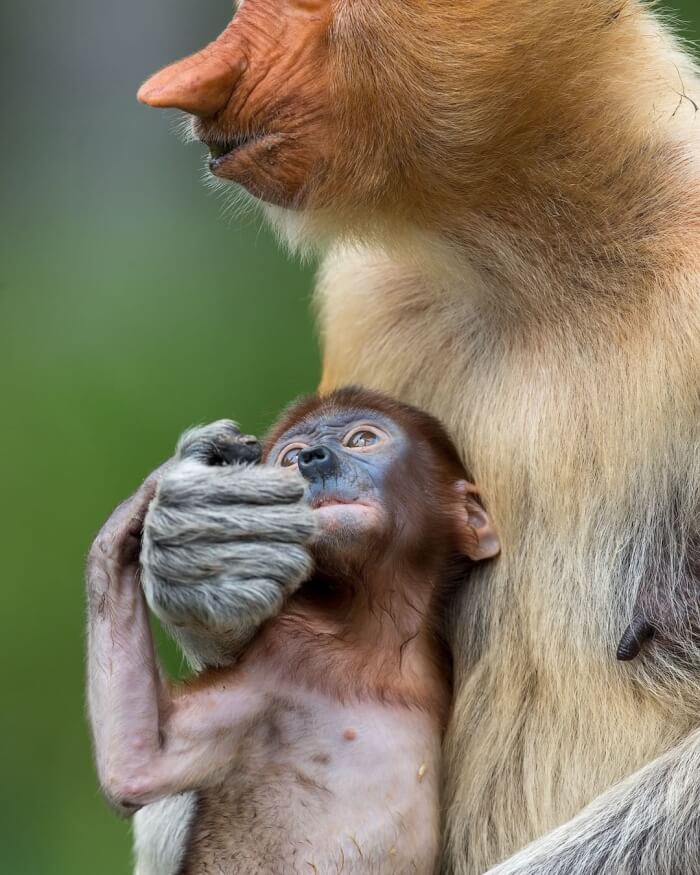 A female proboscis monkey keeping her young in place with a gentle hand, the young studying it’s mother’s face to gauge her mood. 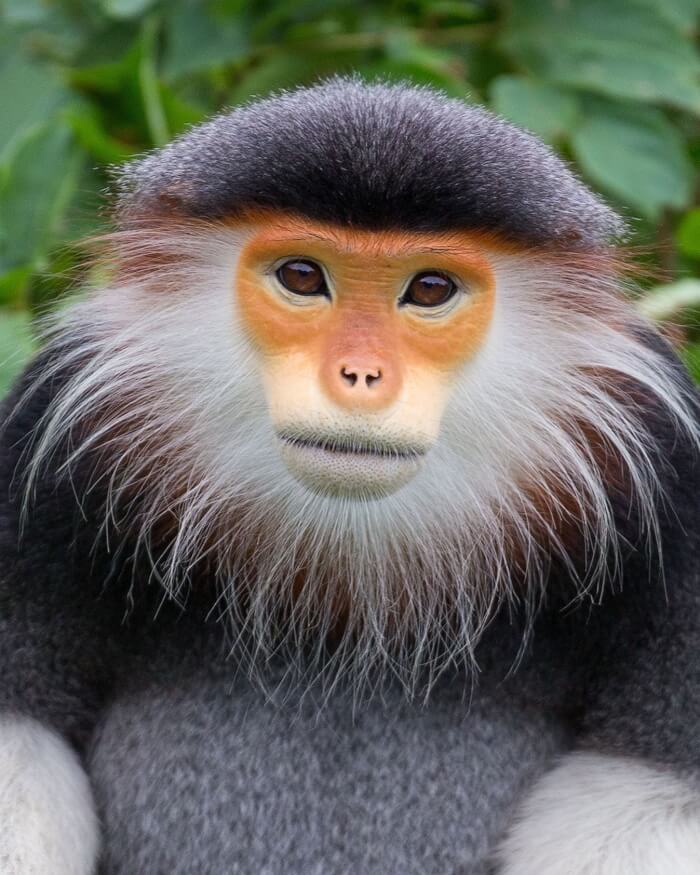 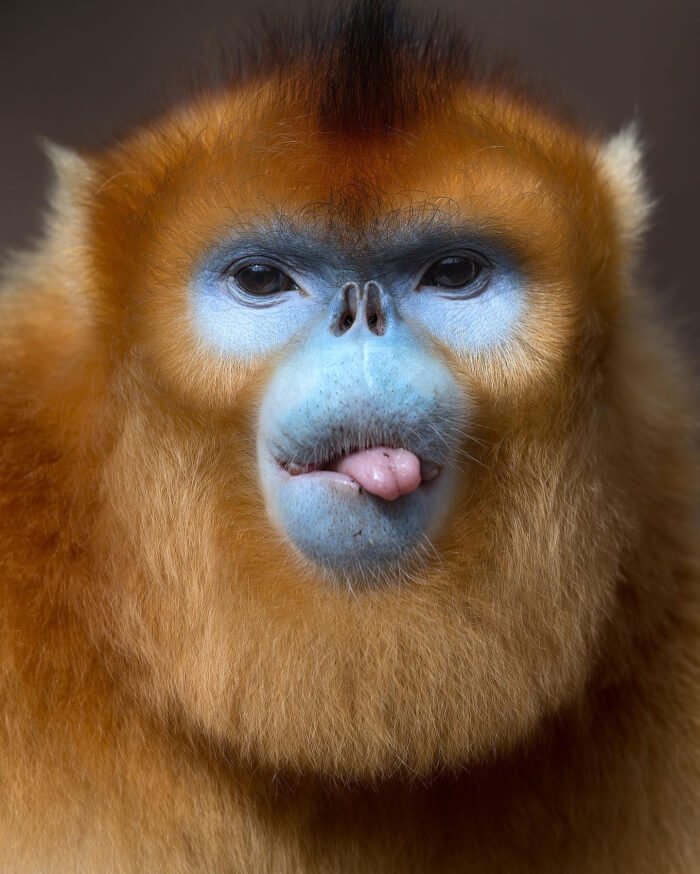 A golden snub-nosed monkey sticking its pink tongue out and creating a perfect trinity of vivid colors.

#7 Mandrill in the mood 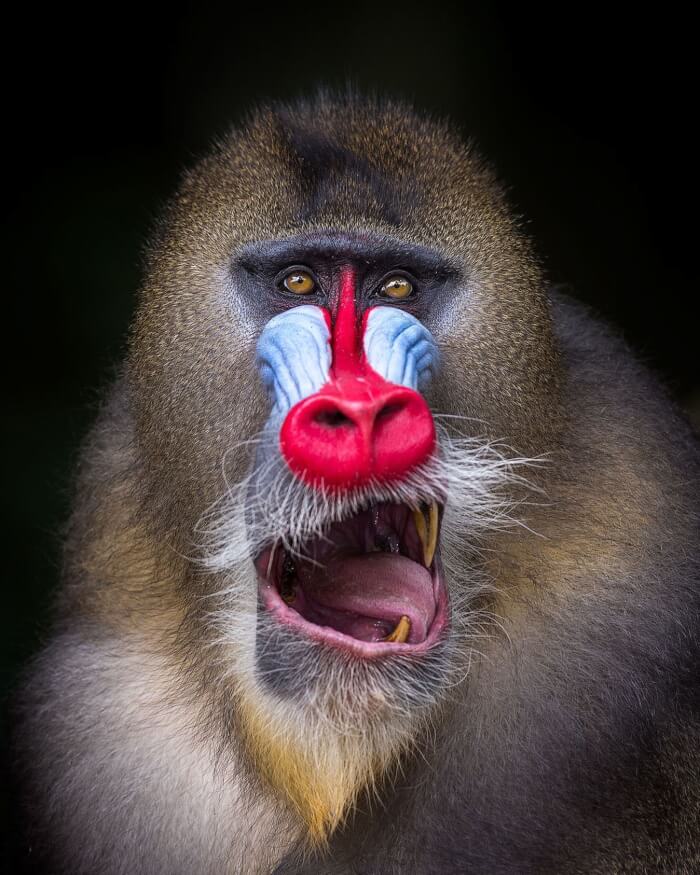 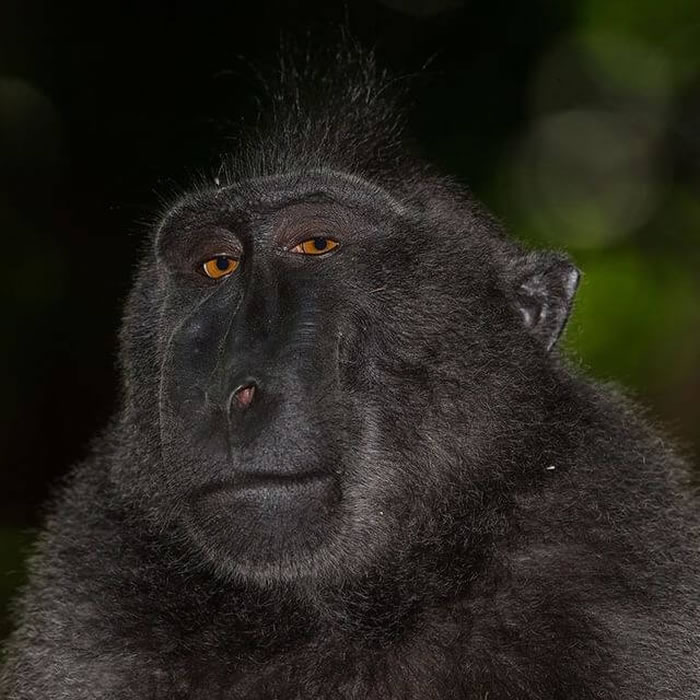 A black crested macaque, a critically endangered and highly intelligent primate from the Indonesian island of Sulawesi.

#9 One of those days 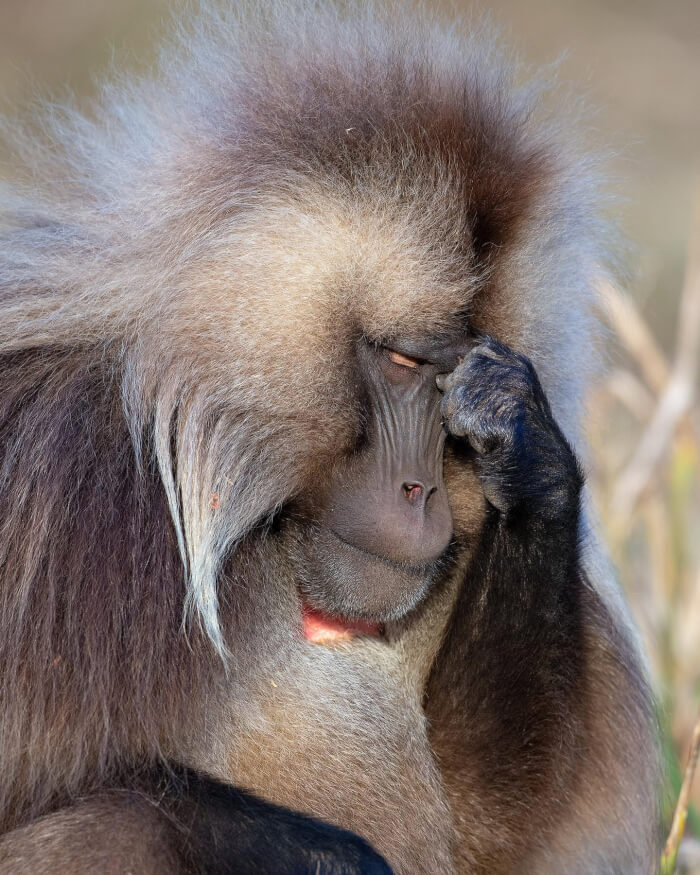 Gelada male from the high Simien Mountains of Ethiopia. 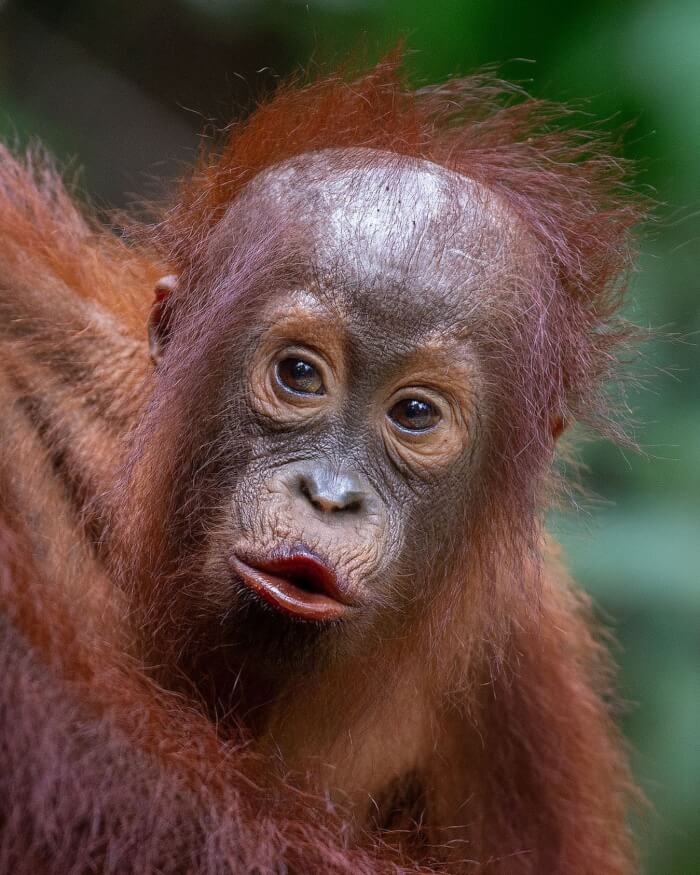 Portrait of a young orangutan from the rainforest of Borneo. 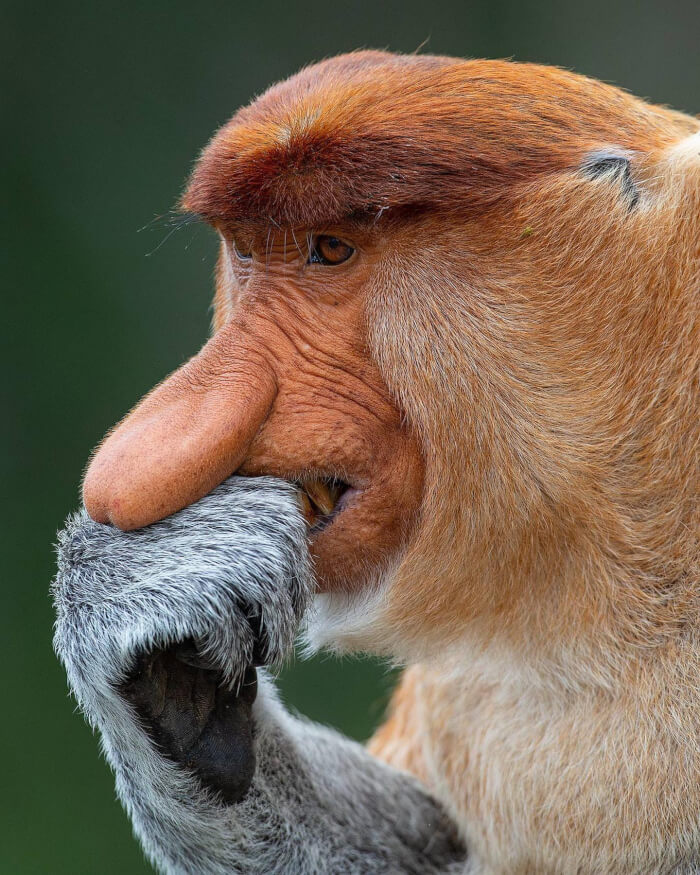 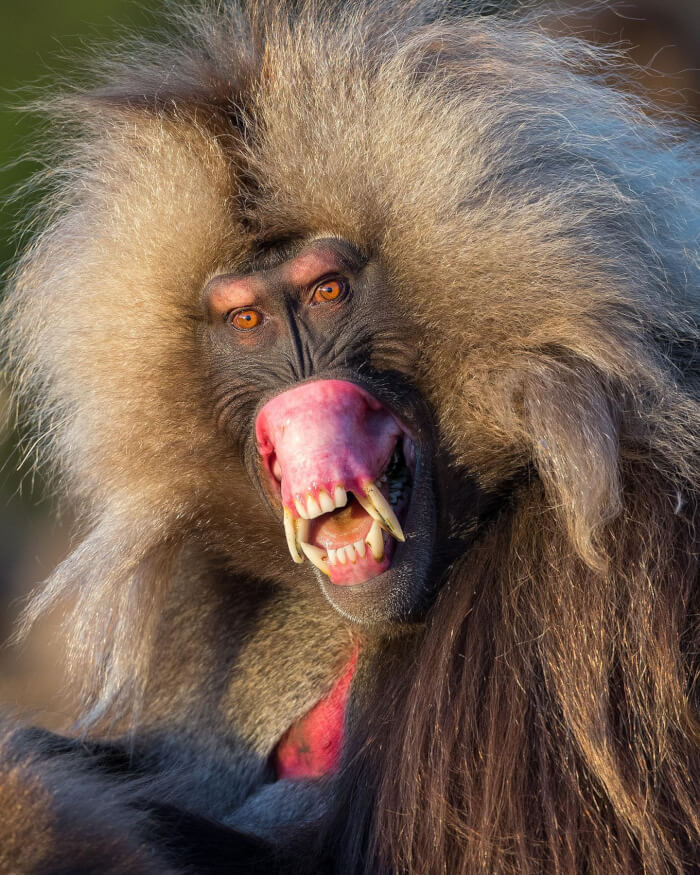 A gelada alpha male sends an unignorable signal to a gang of approaching bachelors to tell them that he is unto them and to warn them against flirting with his wives. 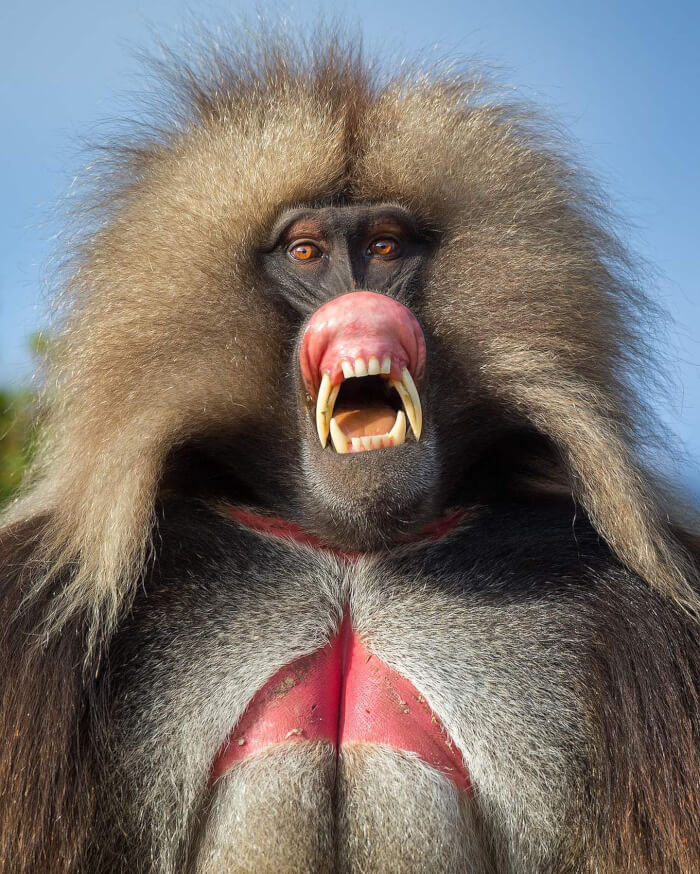 Gelada alpha male sending off a pink threat to a gang of approaching bachelors. 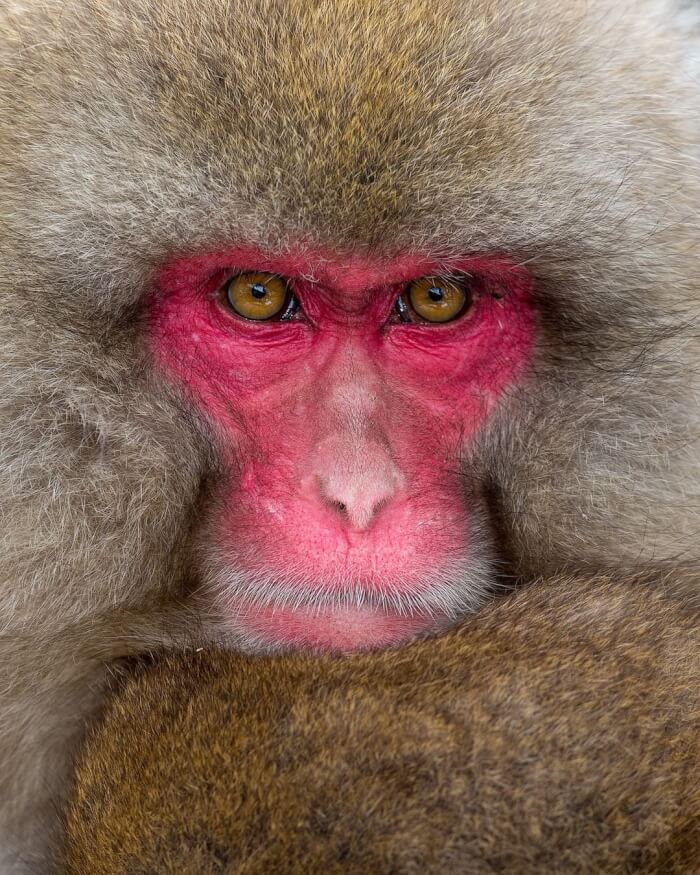 A mother snow monkey hugs her young, covering it with her thickly furred and soft arms. 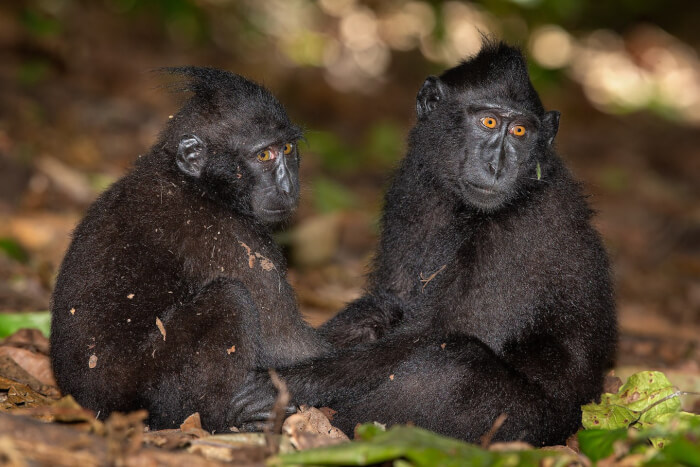 Two black crested macaque playmates catching a break and holding hands during a bout of play fighting after breakfast. 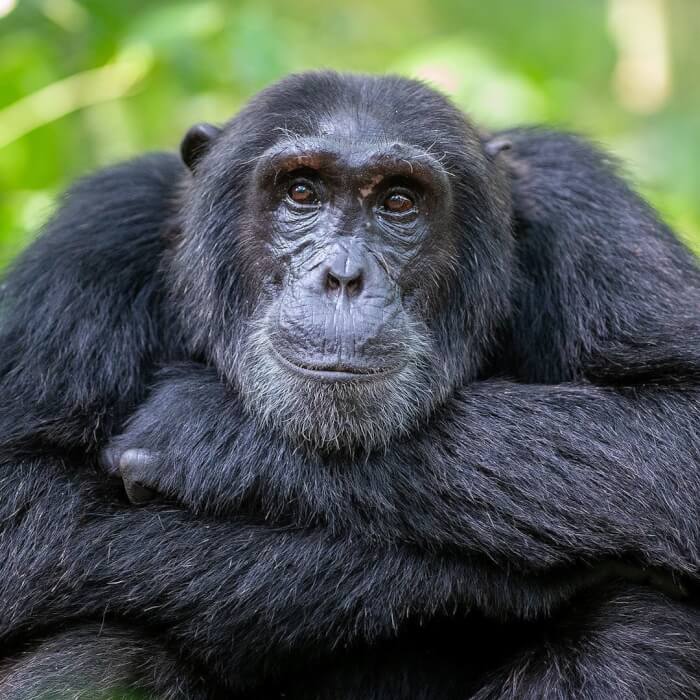 Here a completely relaxed adult male in a recognizable pose with his head resting on his folded arms and bent knees. 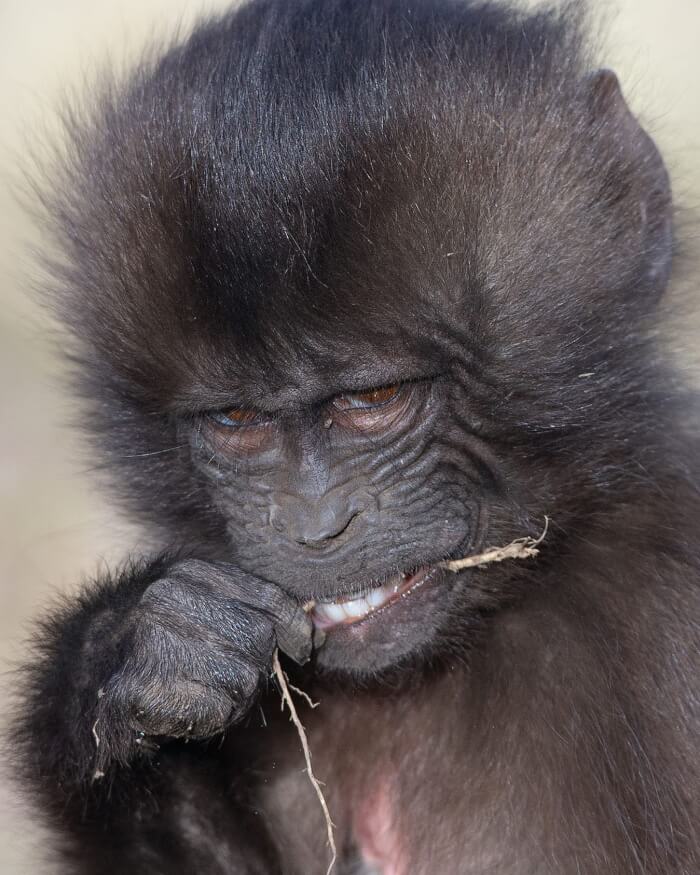 A gelada youngster chewing on a grass straw with a look on its wrinkled face like it’s plotting some mischief. 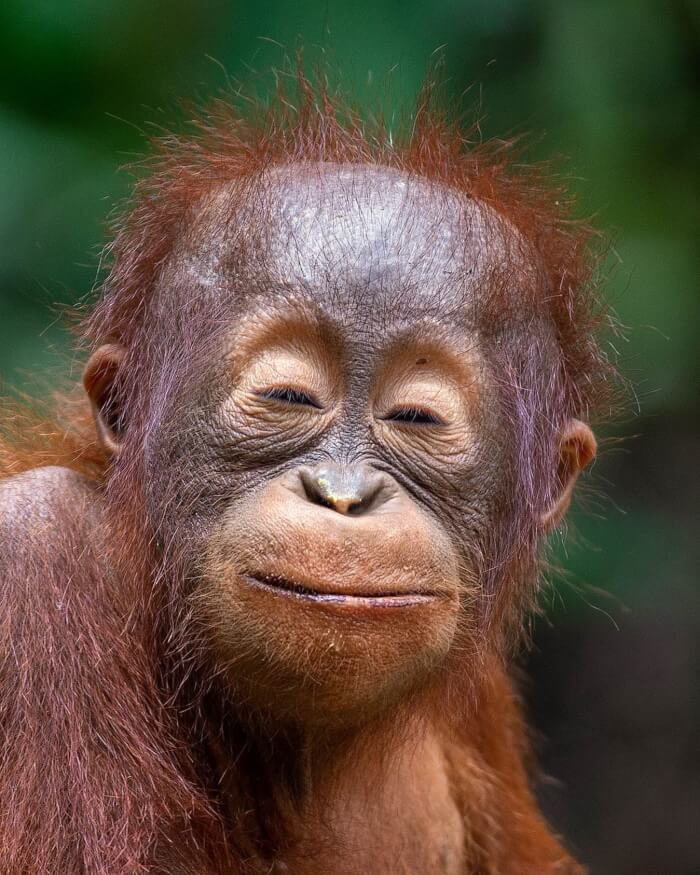 Orangutan youngster from the jungle of Borneo. 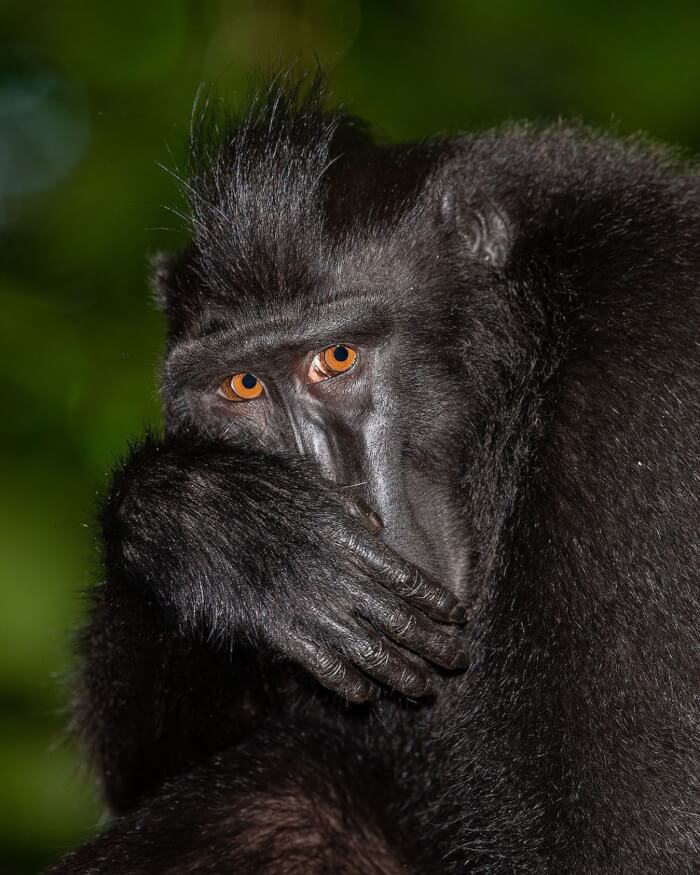 Portrait of one of the world’s coolest and most intelligent monkeys, the black crested macaque with its great-ape-like face, intense amber eyes and stylish mohawk. 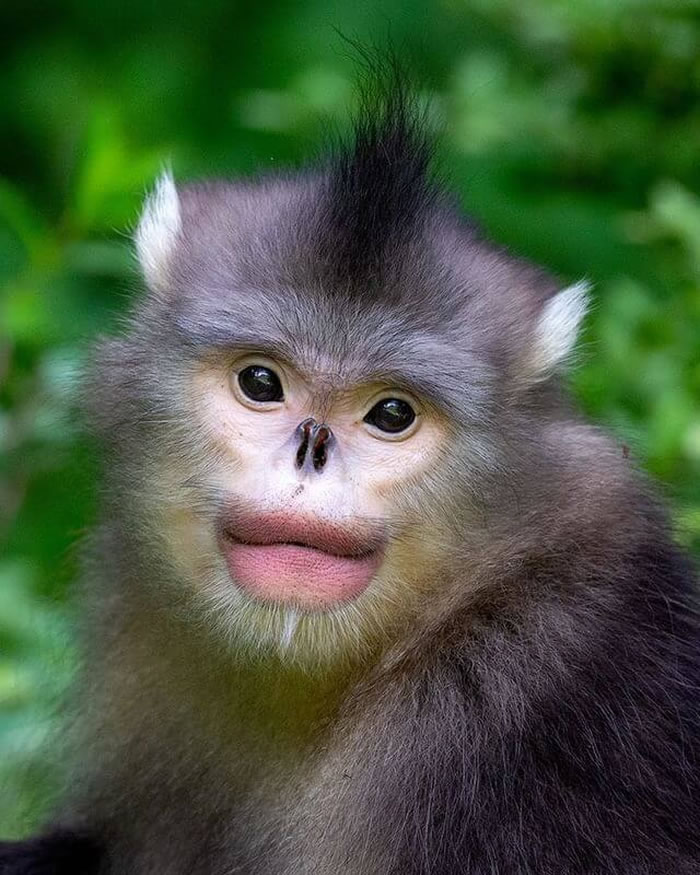 Female black-and-white snub-nosed monkey from the forested parts of the Himalayas. Enduring winter temperatures down to -25 degrees Celcius this is one of the hardiest monkey species. Yunnan, China. 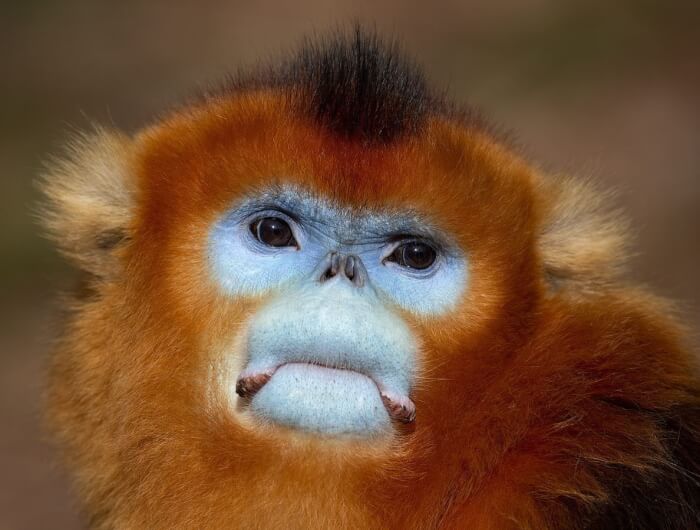 Golden snub-nosed monkey, a young male, in a peaceful moment, enjoying a warm ray of sunshine on a cold winter day. 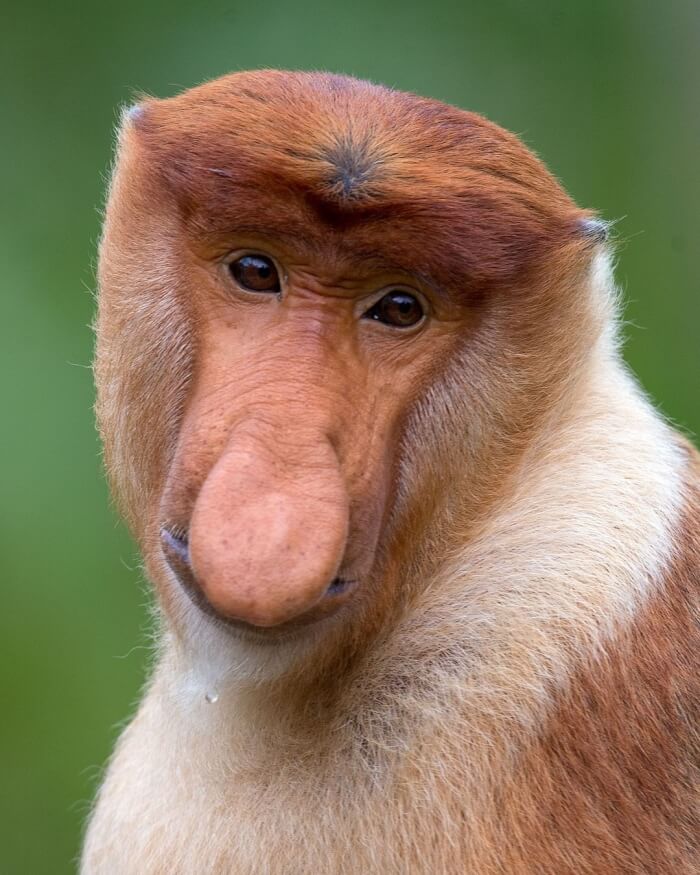 Portrait of a mellow male proboscis monkey in the mangrove greenery. 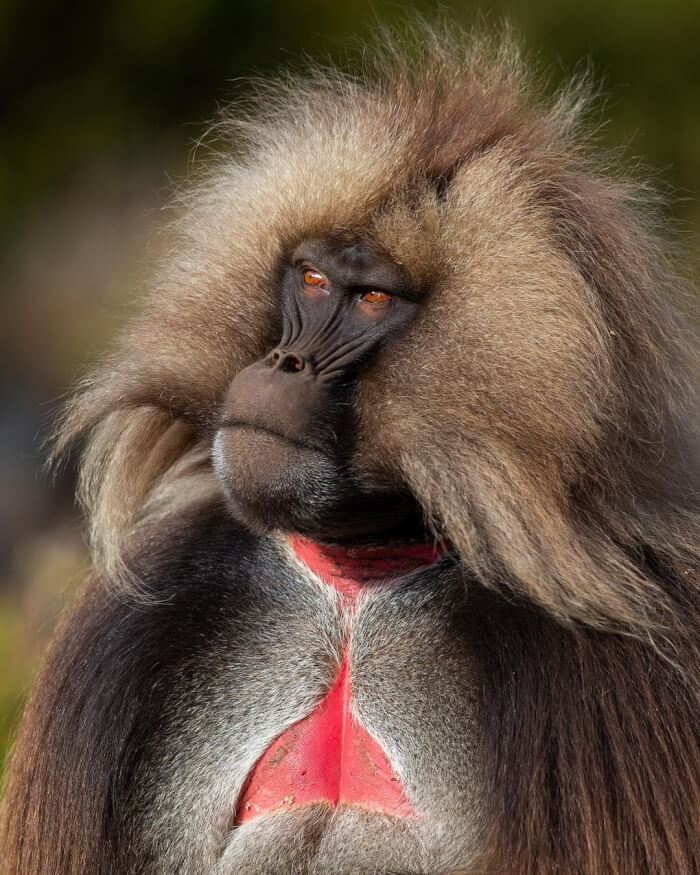 The adult gelada males are cloaked in the longest mantle in the primate kingdom. 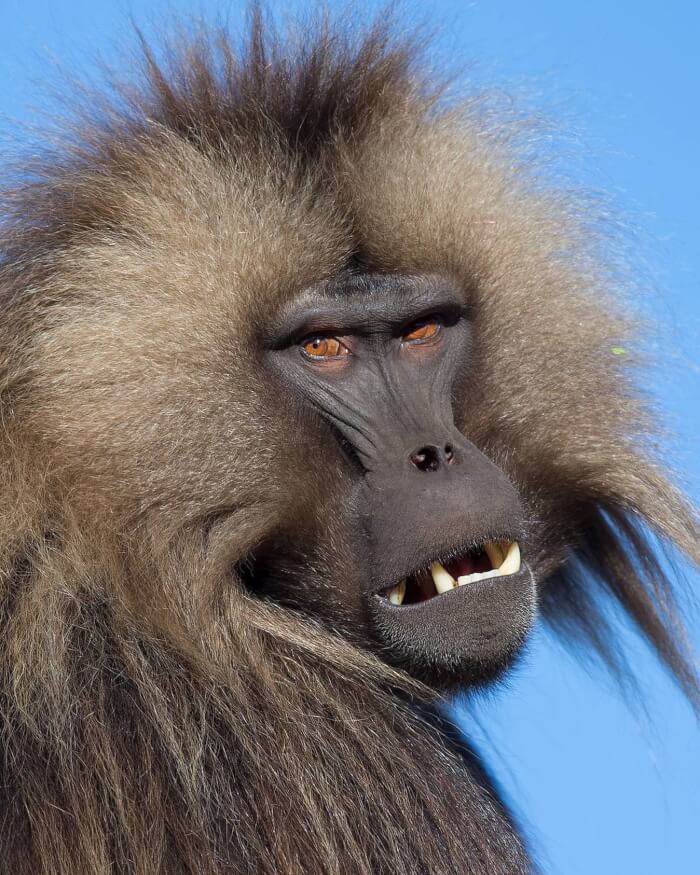 The gelada with its deep-set orange eyes has the most intense looks. 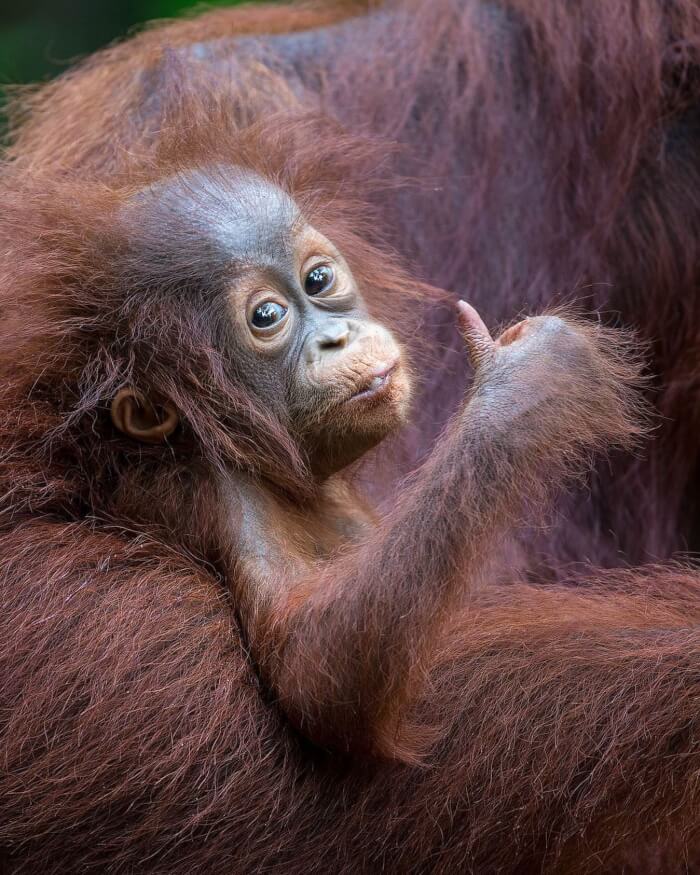 This random act of baby orangutan is just like it is posing thumbs up.