The Amazing Nicobar Pigeon Dazzles With Its Beautiful Colors

The Nicobar pigeon is a bird found on small islands and in coastal regions from the Andaman and Nicobar Islands, India, east through the Malay Archipelago, to the Solomons and Palau. It is the only living member of the genus Caloenas, and may be the closest living relative of the extinct dodo, as well as the extinct Rodrigues solitaire. 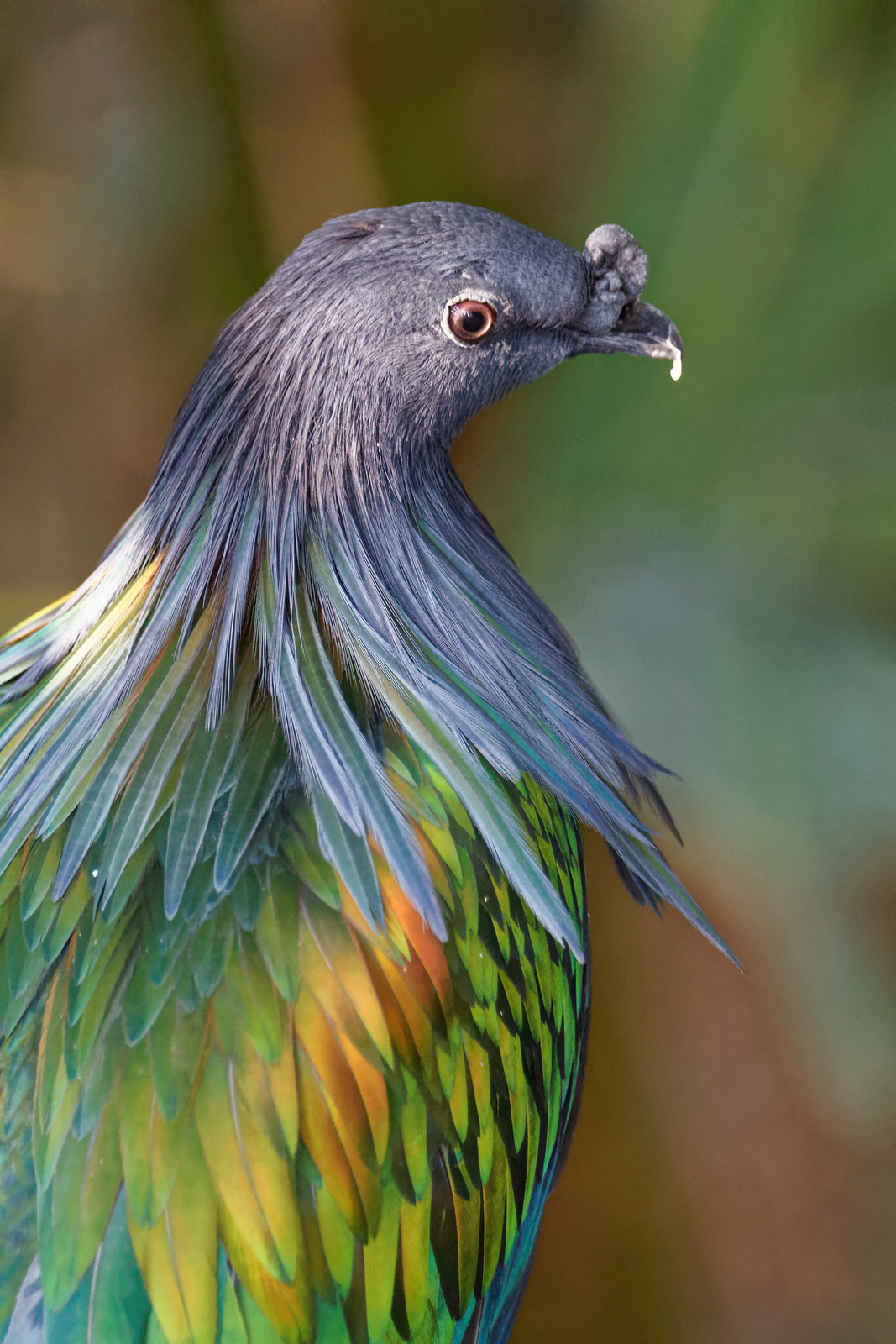 It is a large pigeon, measuring 40 cm in length. The head is grey, like the upper neck plumage, which turns into green and copper hackles. The tail is very short and pure white. The rest of its plumage is metallic green. The cere of the dark bill forms a small blackish knob; the strong legs and feet are dull red. The irises are dark. 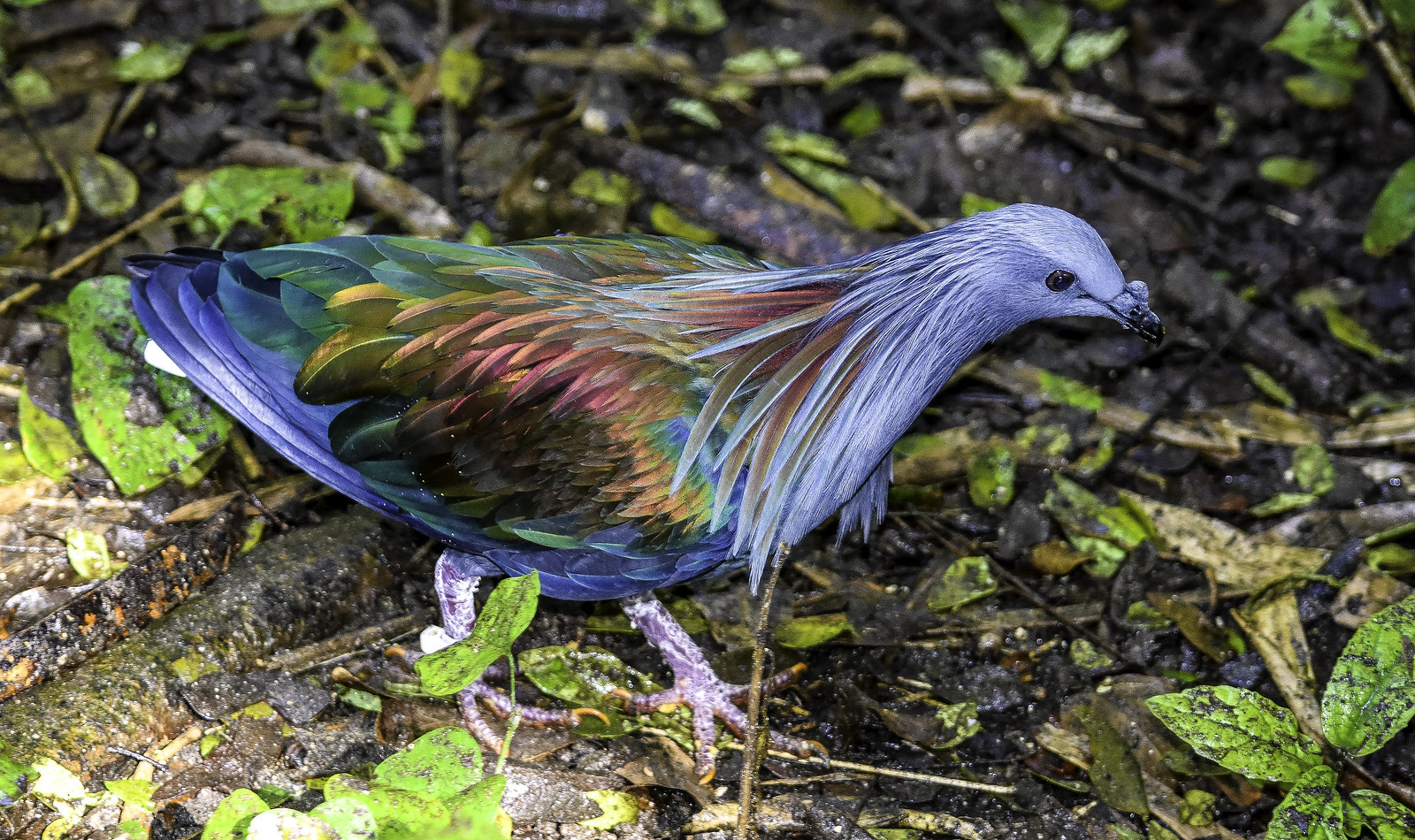 Females are slightly smaller than males; they have a smaller bill knob, shorter hackles, and browner underparts. Immature birds have a black tail and lack almost all iridescence. There is hardly any variation across the birds’ wide range. Even the Palau subspecies C. n. pelewensis has merely shorter neck hackles but is otherwise almost identical.

It is a very vocal species, giving a low-pitched repetitive call. 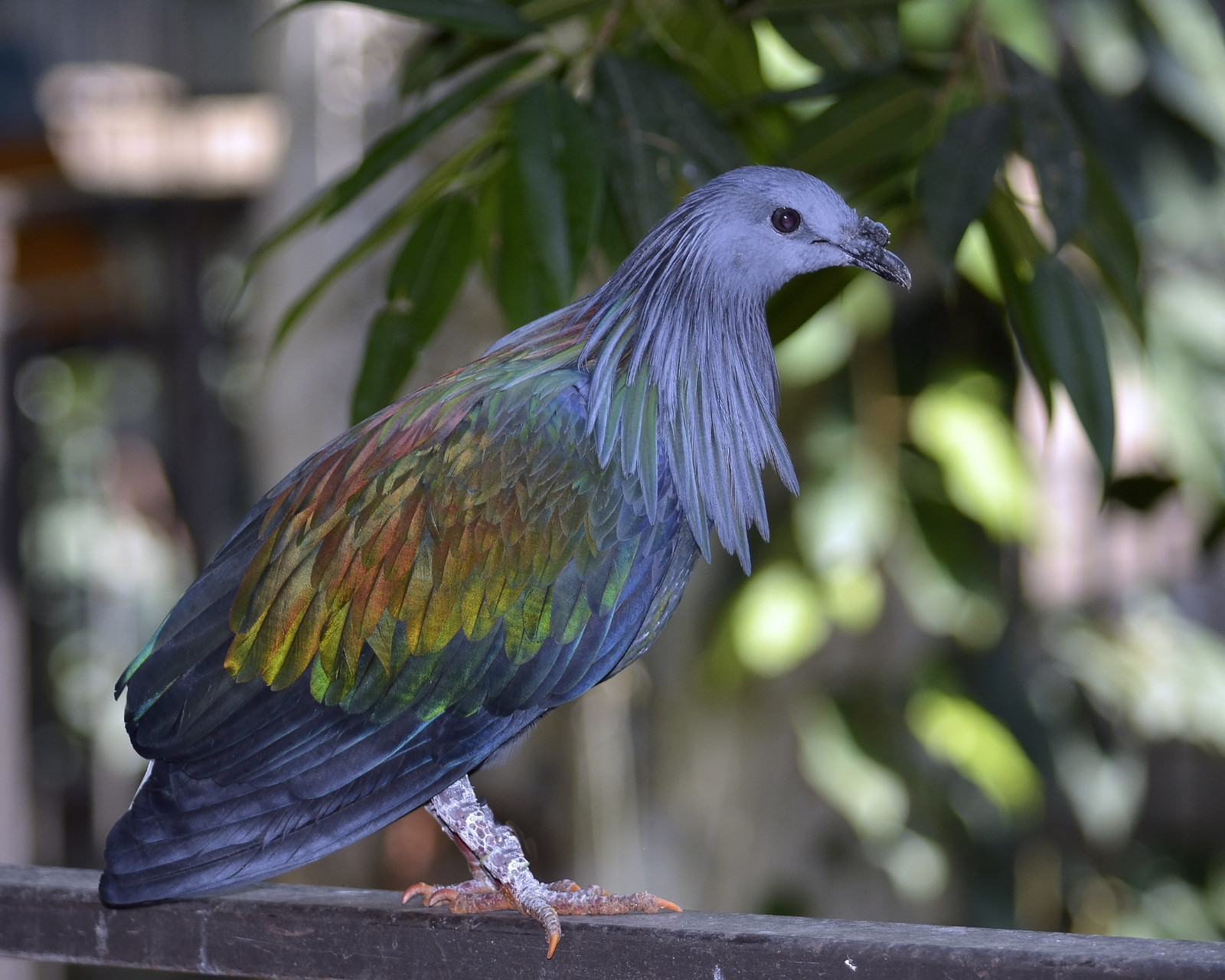 These beautiful birds are found on the small islands of Nicobar in India. They developed their vibrant iridescent plumage due to the lack of natural predators on the small islands. Since there’s no need to camouflage themselves against predators, they were able to develop colorful, dazzling feathers that made them stand out from other species of pigeons or doves. 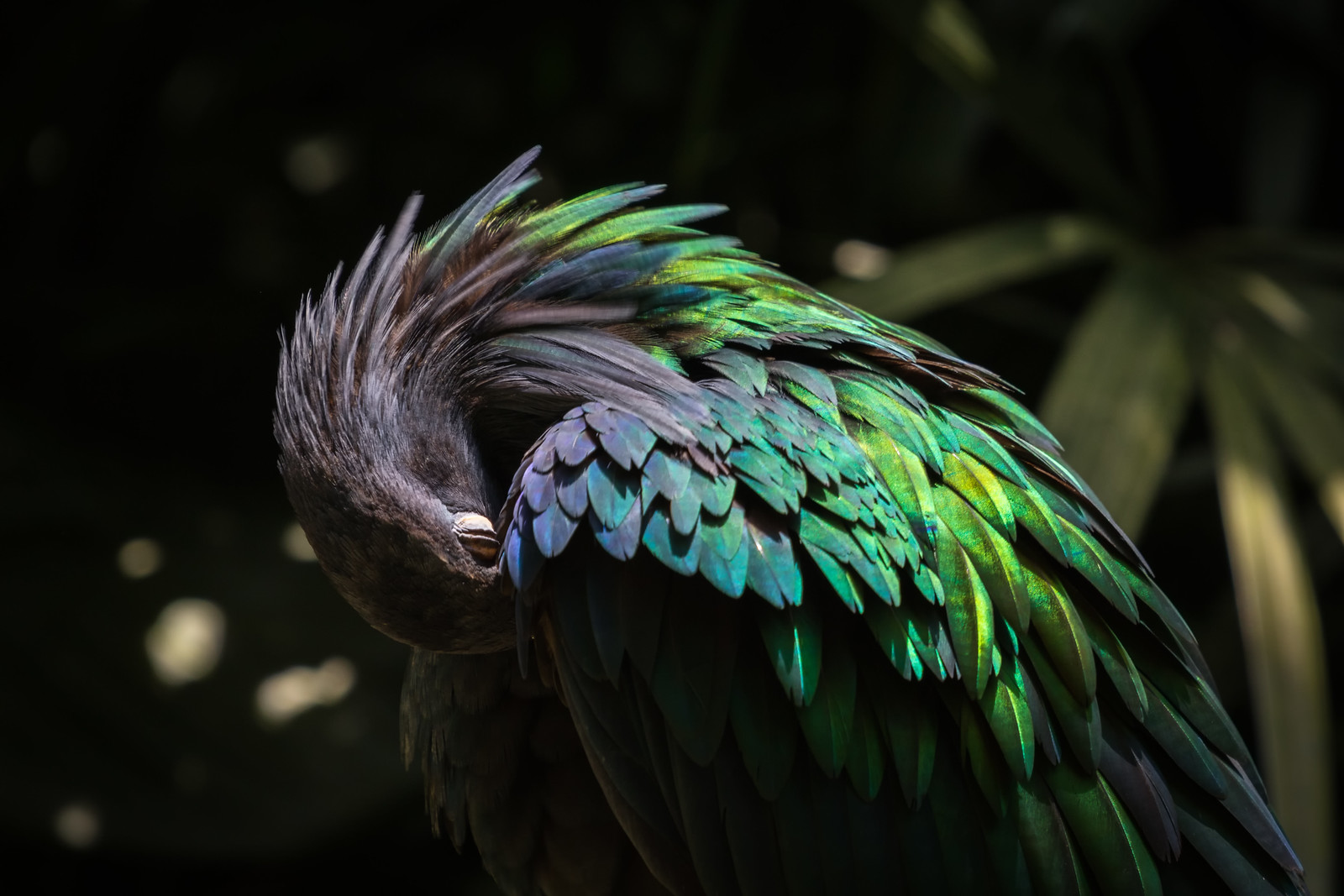 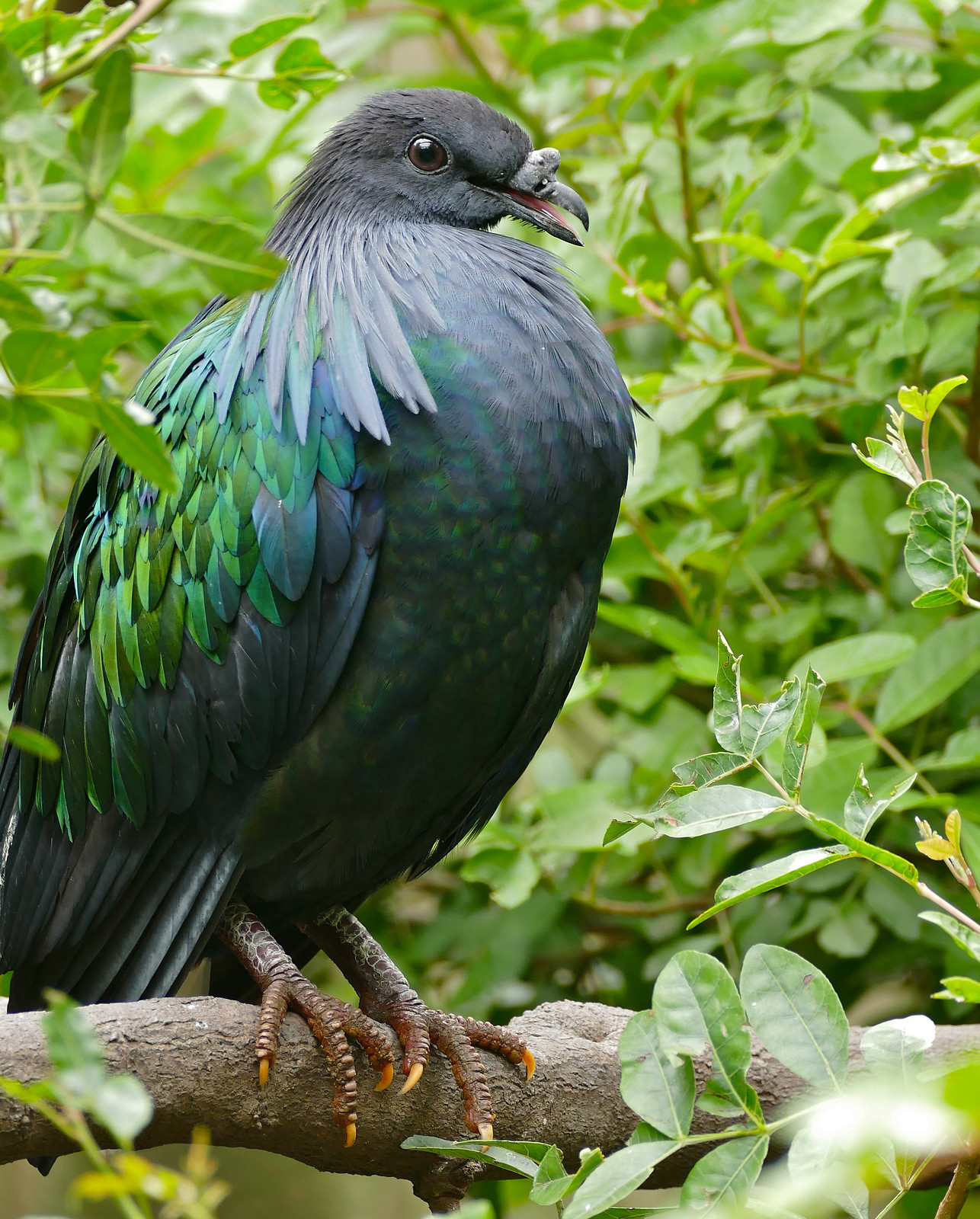 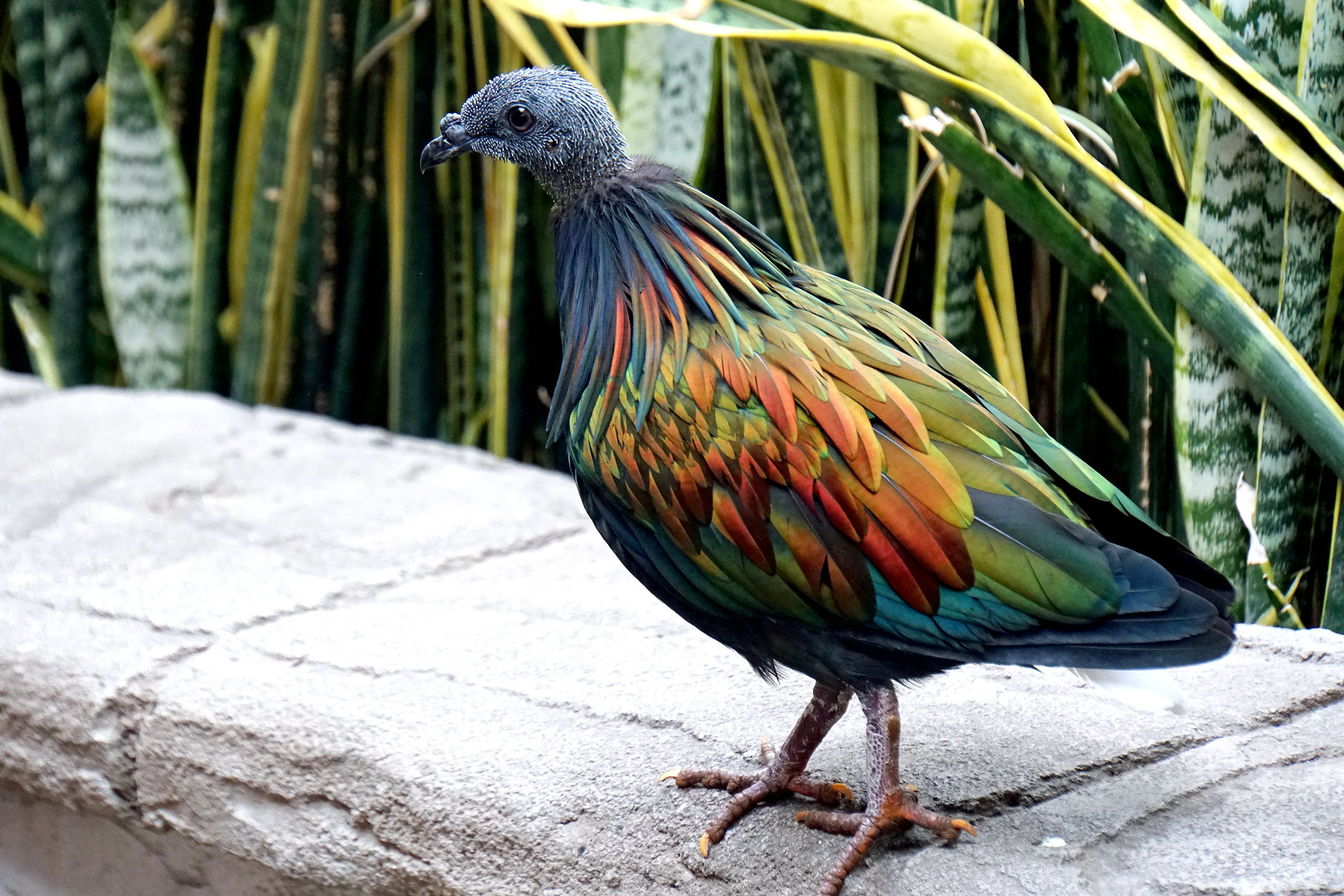 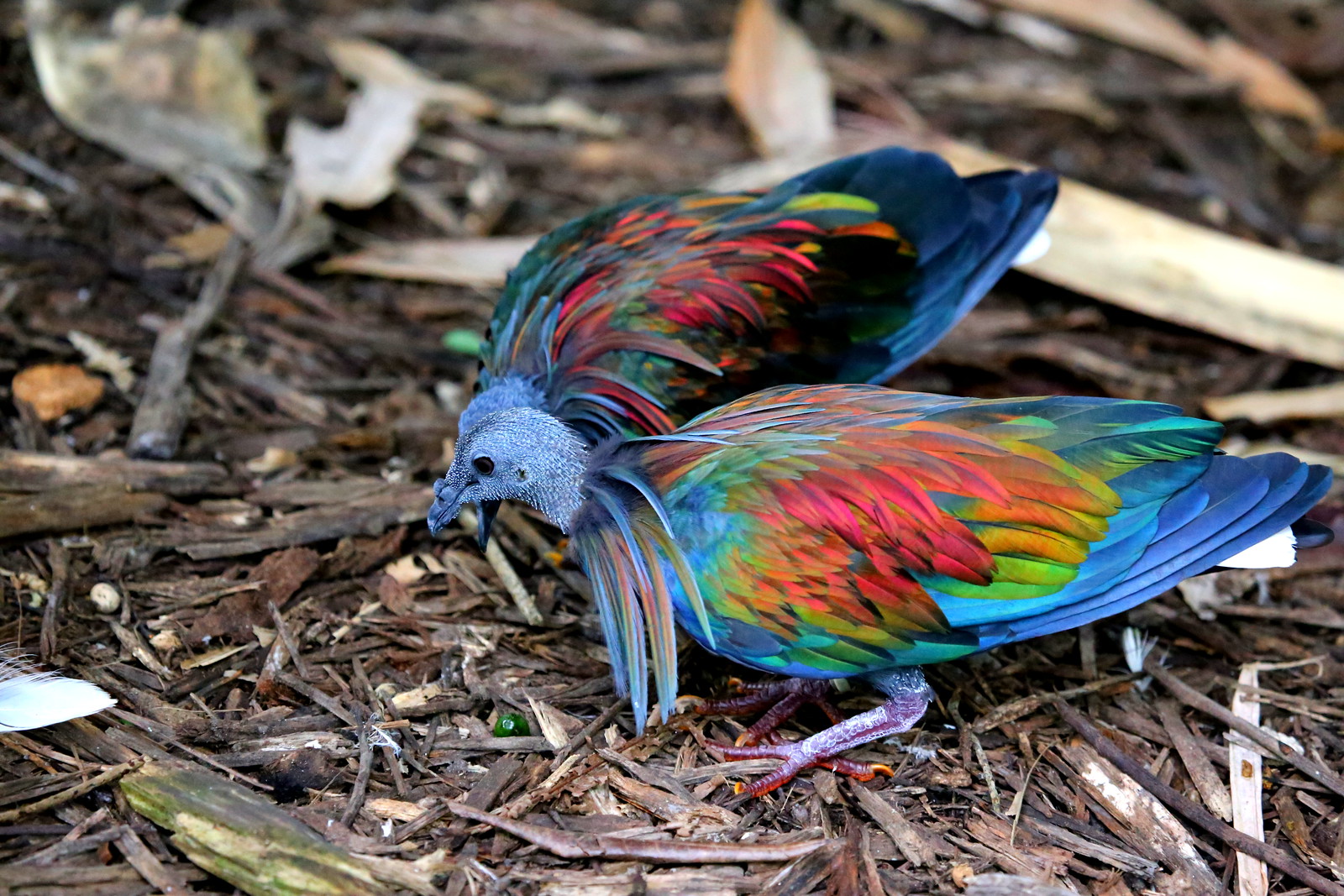 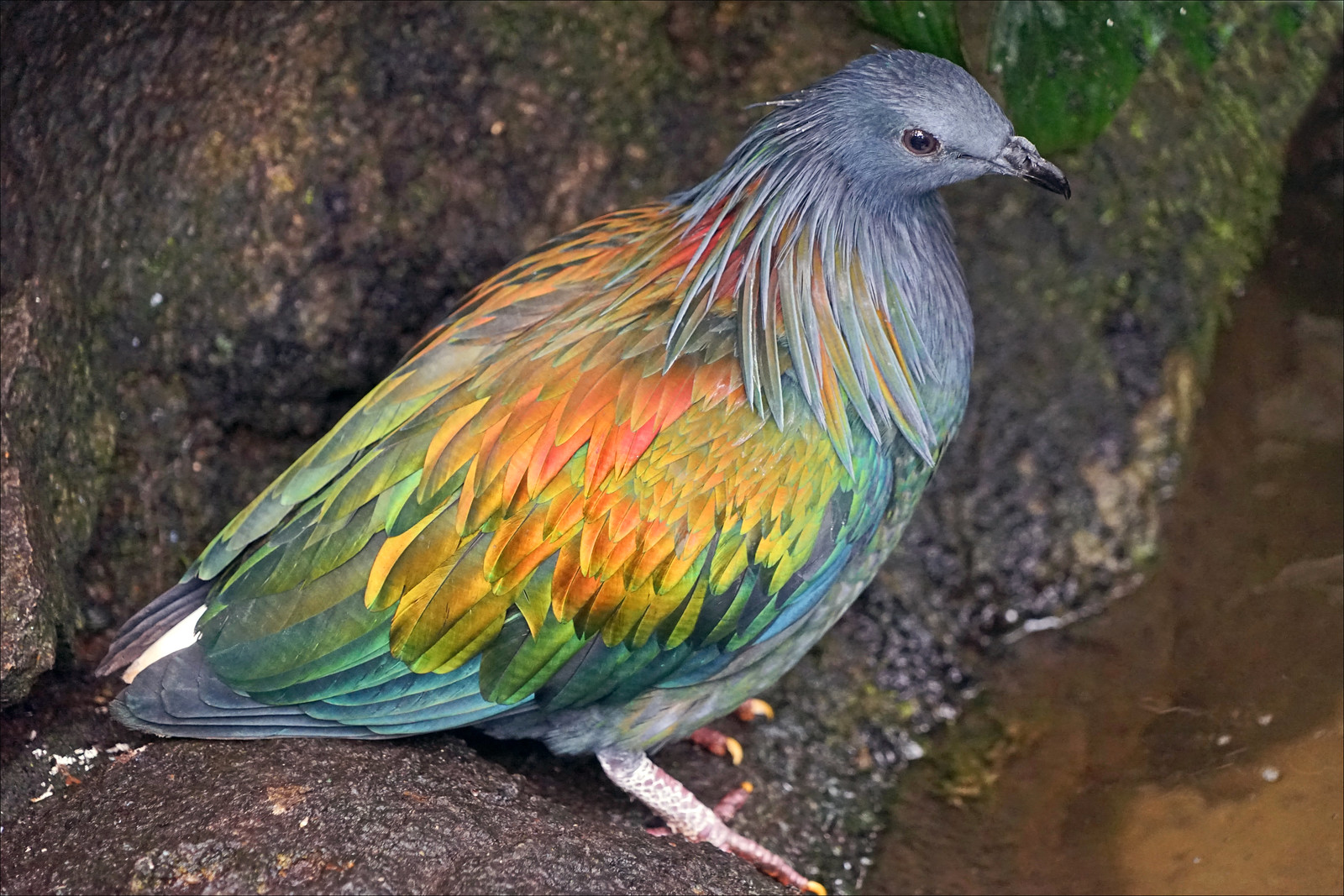 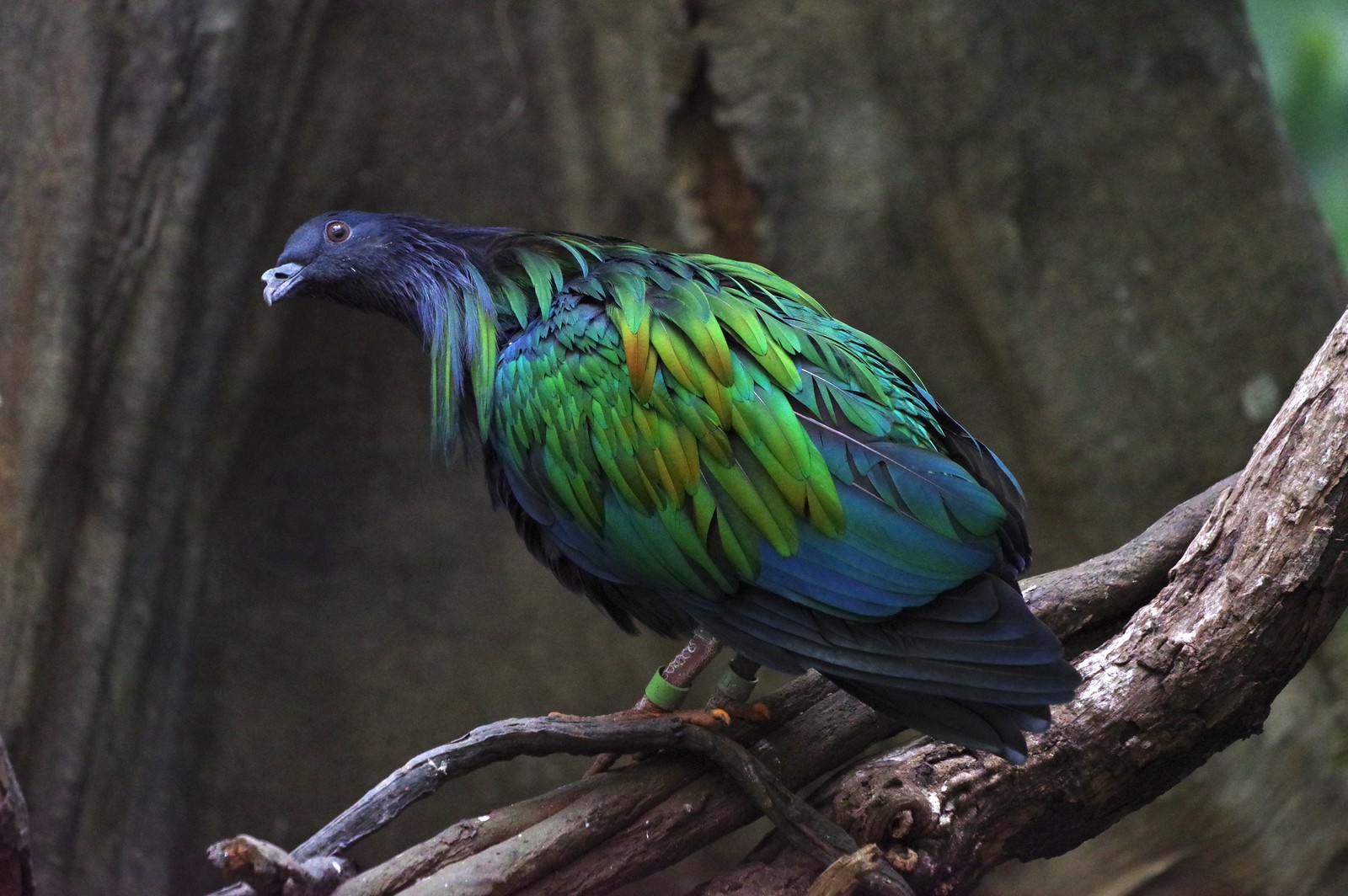 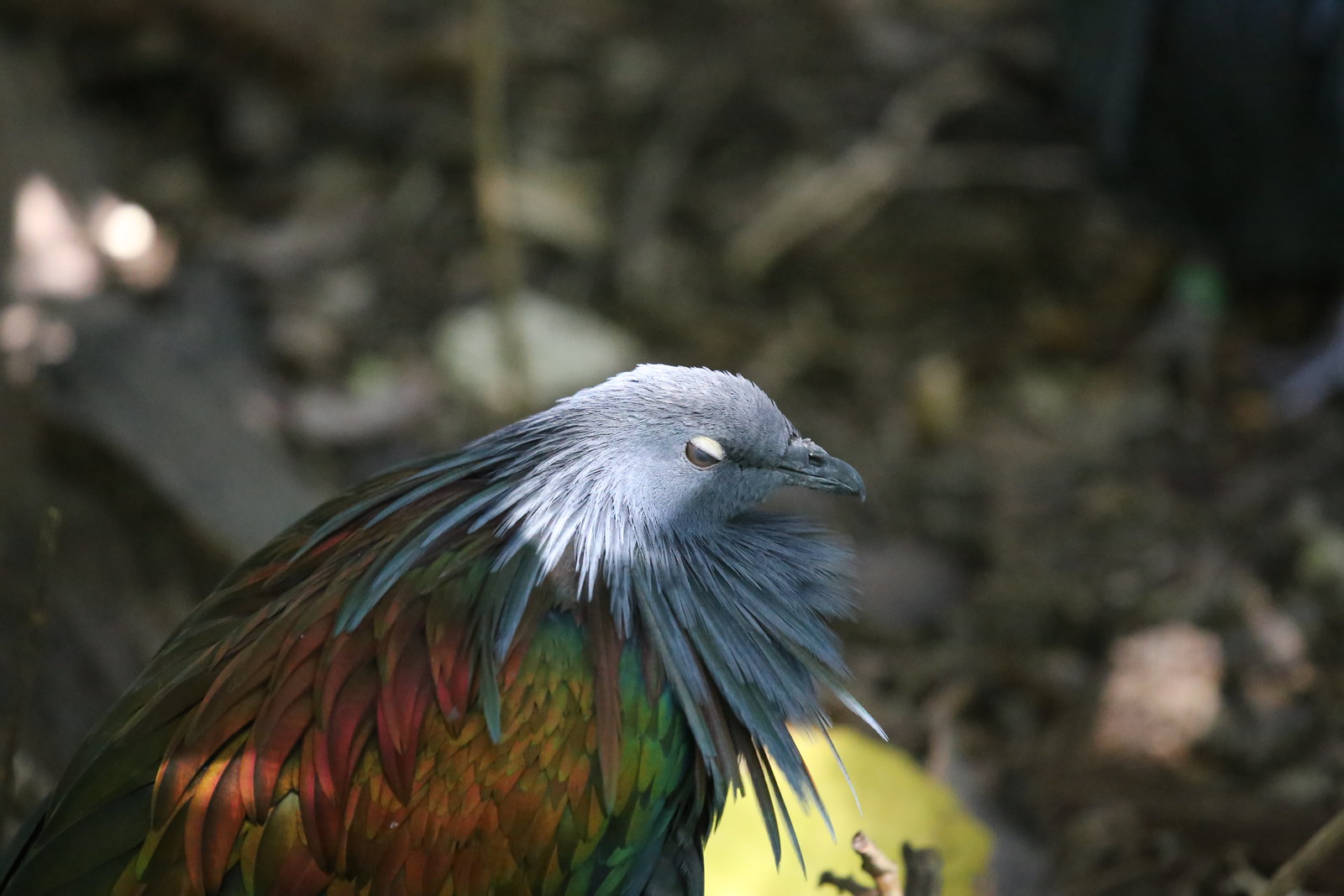 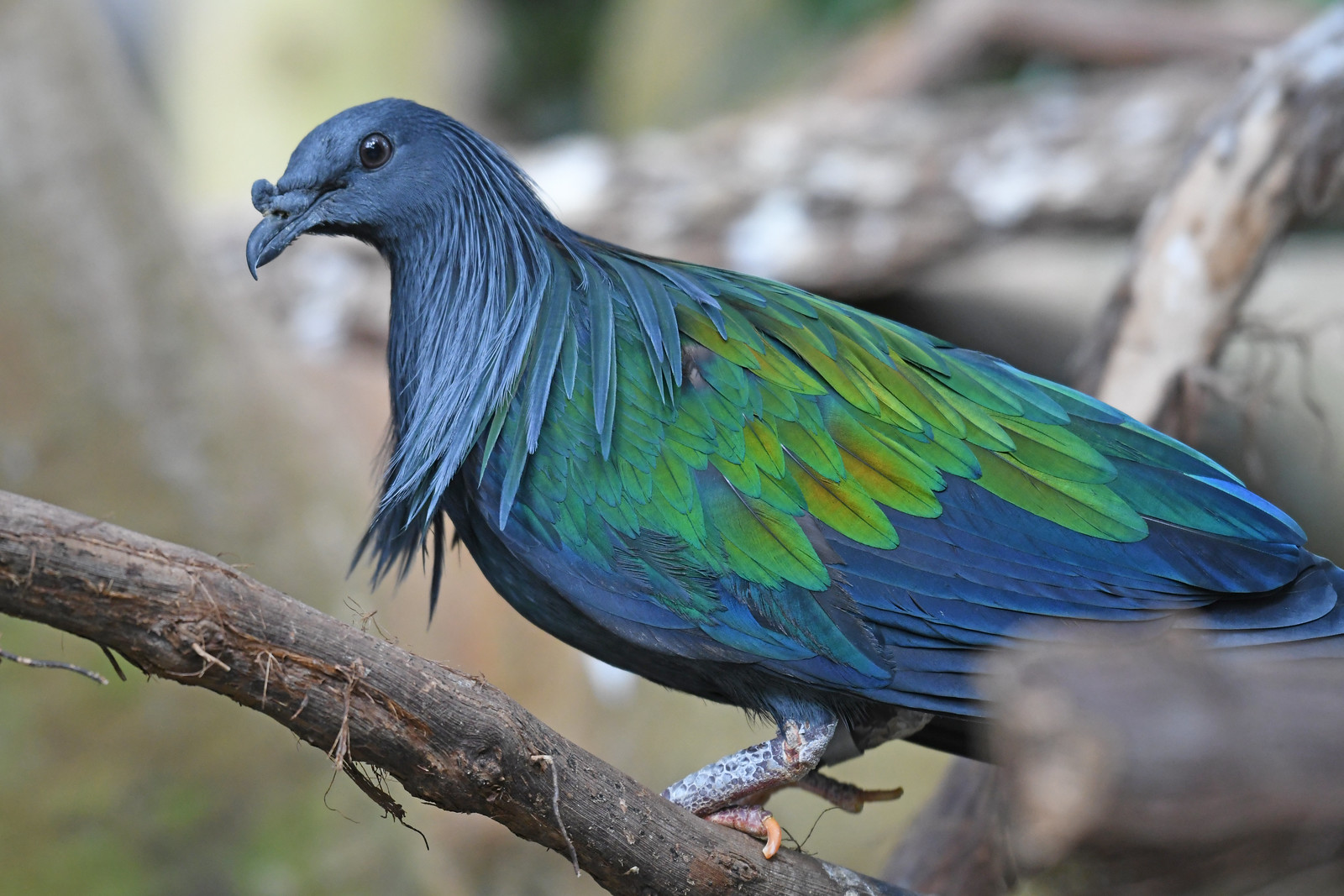