The Best 10 Movies Of Abbas Kiarostami You Must Watch

I am a great fan of Iranian Film Director Abbas Kiarostami, I still remember the first film I watched is “Where Is the Friend’s Home? ” the film was so good and I started browsing what are the other films by this director, I took the list and I watched all the films. Here in this article, I have given the best 10 films of Abbas Kiarostami you must watch in this lockdown period. Please let me know what you think about this genius in the comment section.

The film depicts a troubled but resourceful boy’s quest to attend a football match at any cost, and his indifference to the effects of his actions on other people, even those closest to him. Thematically, the film explores childhood, societal conventions, and the origins of moral and amoral behavior. Visually, it affords a candid glimpse of Iranian life in the early 1970s. 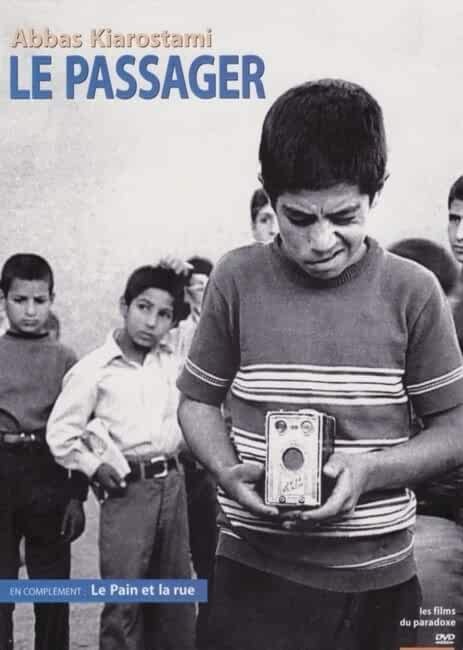 A civil servant at the Ministry of Finance, Mahmad Firuzkui, is accused of taking bribes, at the same time as his marriage is crumbling and his wife is threatening to leave him. The film tells a deceptively simple account of a conscientious schoolboy’s quest to return his friend’s notebook in a neighboring village, since, should his friend fail to hand it in the next day, it is likely he will get expelled. Hence this film has been seen as a metaphor for the sense of civil duty, about loyalty and everyday heroics. The traditional beliefs of Iranian rural people are also depicted. The film tells the story of the real-life trial of a man who impersonated film-maker Mohsen Makhmalbaf, conning a family into believing they would star in his new film.[1] It features the people involved, acting as themselves. A film about human identity, it helped to increase recognition of Kiarostami in the West. Many critics consider Close-Up a masterpiece of world cinema; in the 2012 Sight & Sound poll, it was voted by critics onto “The Top 50 Greatest Films of All Time” list. After the 1990 earthquake in Iran that killed over 30,000 people, Kiarostami went to search for the stars of his previous film Where Is the Friend’s Home?. This film is a semi-fictional work based on these events, shot in a documentary-style. It shows a director (played by Farhad Kheradmand) on this journey through the country in the aftermath of the earthquake. This film set in earthquake-ravaged Northern Iran. The film was selected as the Iranian entry for the Best Foreign Language Film at the 67th Academy Awards, but was not accepted as a nominee. It is the final part of Kiarostami’s Koker trilogy, and the plot revolves around the production of the second film; And Life Goes On…, which itself was a revisitation of the first film – Where Is the Friend’s Home?. Like much of Kiarostami’s work, Through the Olive Trees is filmed in a naturalistic way; a complex study of the link between art and life, its narrative often blurs the boundaries between fiction and reality. Many have since declared the film a masterpiece. Taste of Cherry is a minimalist film about a man who drives through a city suburb, in search of someone who can carry out the task of burying him after he commits suicide. It was awarded the Palme d’Or at the 1997 Cannes Film Festival, which it shared with The Eel. The Wind Will Carry Us title is a reference to a poem written by the modern Iranian poet Forough Farrokhzad. The Wind Will Carry Us opened to widely positive reviews from critics; in 1999, it was nominated for the Golden Lion of the Venice Film Festival. It won the Grand Special Jury Prize (Silver Lion), the FIPRESCI Prize, and the CinemAvvenire award at the festival. It received numerous other nominations and awards as well. The film is divided into ten scenes, each of which depict a conversation between an unchanging female driver (played by Mania Akbari) and a variety of passengers as she drives around Tehran. Her passengers include her young son (played by Akbari’s real life son, Amin Maher), her sister, a bride, a prostitute, and a woman on her way to prayer. One of the major plots during the film is the driver’s divorce from her (barely seen) husband, and the conflict that this causes between mother and son. Certified Copyis starring Juliette Binoche and the British opera singer William Shimell, in his first film role. The film is set in Tuscany, and focuses on a British writer and a French antiques dealer, whose relationship undergoes an odd transformation over the course of a day. The film was a French-majority production, with co-producers in Italy and Belgium. The dialogue is in French, English and Italian. The film premiered at the 2010 Cannes Film Festival, where Binoche won the Best Actress Award for her performance.