At the Cannes Lions Festival I asked people to tell me something about diversity for Adobe’s project #DiverseVoices.

Here is what they said: “Diversity means that I can have a voice as an underrepresented member of the community.” – Cherly Osei from Ghana living in London “There is many good tendencies happening in the world right now. Some leaders of some countries try and kill that – blow out that fire – but we have to fight for that not to happen. I think and hope this is the last area where only white males will rule the world.” – Andre Vidigal from Brazil “I meditate and observe my inner world to discover all the diversity inside myself. Realizing how we and our whole universe are incredible diverse enables us to build bridges to the diversity in other people.” – Michael “Shootman” Majewski from Poland “It’s such a treasure to be exposed to diversity while growing up (in London), to start off with a foundation of diverse influenced who I am and what I do in such a positive way.” – Suzanne Basra from UK 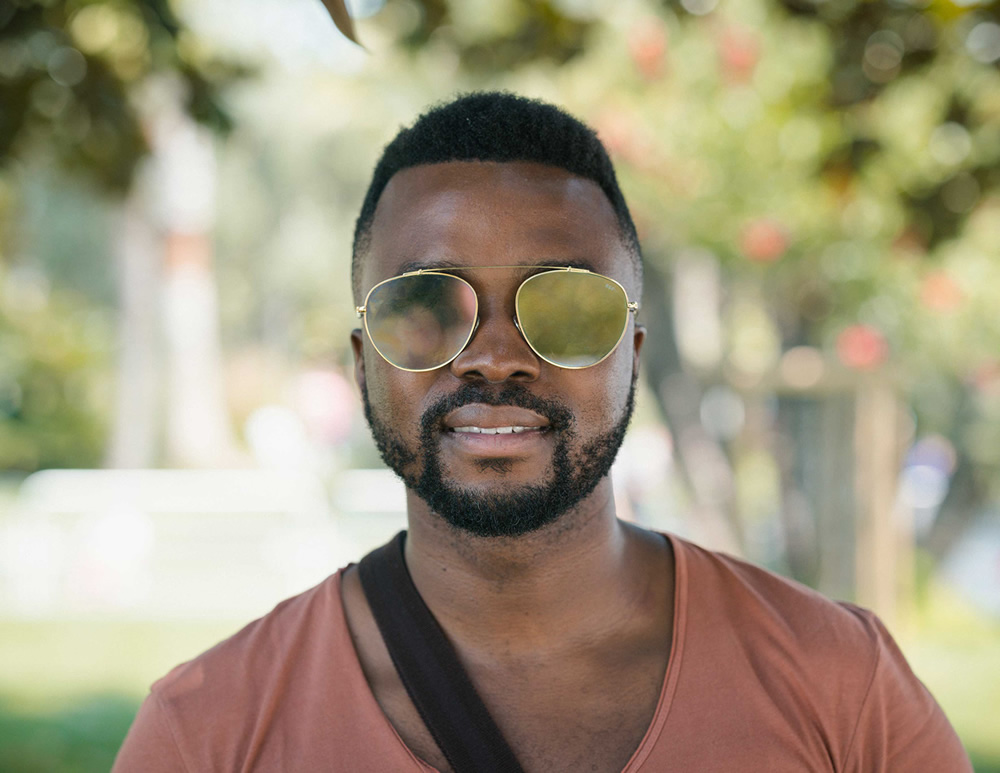 “Diversity is respect for people’s cultural backgrounds, environments and how we need to be able to work with them within our own environment.” – Sylvester Chauke from South Africa “Diversity simply is a thing that everyone should appreciate. It’s great to be open minded.” – Ines from Tunisia living in France “Diversity is inclusion and respecting people’s differences. Diversity is about seeing people that look like you. It’s important for kids to see people who look like them. (…) Advertising needs to pick up the slack and make sure everyone is represented. People want to look at an ad and see people they can relate to.” – Ruun Adde from Somalia living in Canada “Diversity is starting to take a lot more faces than traditional thinking. Everyone goes oh diversity: black, white, muslim and so on. Diversity is actually showing it’s own diverse face and going more along the lines of we need more females or disabled people in the workforce. Because everyone got a different point of view. And a point of view can be viewed as diversity in its own right.” – Ryan Wolters from South Africa living in the Netherlands “We are slowly getting to a better place with diversity. But we’re still far away from diversity being truly embraced.” – Ana Rita Sousa from Netherlands “Sadly, far too often diversity is a marketing decision, not an authentic decision.” – Ohad Basson from Israel “In advertising, things become kind of cookie cutter. Diversity should be about being authentic and not about putting people into these boxes, forcing them into certain frames.” – Taylor Lee from USA “There are so many young talents out there. We all should be paired with someone younger in their career who can benefit from someone who is more advanced in their career. To be able to jumpstart someone else’s career would be great. I admire those who think in such a way: “Whoever you are, wherever you are, I will be there to help represent your voice.” – Anrick Bregman from Netherlands “So many people talk about diversity, but not a lot of people actually do something about making it happen and being more inclusive. It actually benefits companies to have more diverse talents.” – Anne Marie Marcus from France living in NY, USA “Sadly people are like turtles, they want to live in their shells. They don’t want to leave their comfortable spot. Sadly also when it comes to diversity.” – Orkhan Karimov from Azerbaijan “I believe diversity is super important in any workplace. I am from Atlanta, Georgia, but my parents are both Japanese. It’s crucial to getting a global perspective, including opinions and beliefs from a variety of background. I feel more American having lived in America. As a woman, a millennial, it’s important for us to get into the workplace and take a stance, be at a head of companies. We need progress in gender equality, and representation of age and race.” – Aya Maruyama from Georgie, USA “Diversity is when people connect other people with love, admiration and respect.” – Diego Dossena from Chile “Diversity is inclusion, seeing the true (Africa) story represented. (…) I don’t see me represented. I don’t see Africa represented. And if so Africa get represented as on big country but it is so many countries. (…) We have to start including all the stories into the tale.” – Ama Ayirebi from Ghana “Studying abroad with a very diverse group of people from all over the world was one of the best experiences for me. It broadened my knowledge and my world.” – Lam Phan from Vietnam “In life, without diversity, it would be the most boring thing ever.” – Ben Evenett from UK “Diversity is about respecting the differences and not call everyone the same. We are different but should have equal rights.” – Anwesha Biswas from India “Everybody no matter who you are has a story to tell and everyone needs to see their story represented somehow.” – Greg Ballif from USA “The world’s been run by stale, pale male for so long for always, now is the time for diversity to actually make a big difference.” – Dr. Sue Black from UK “Looking at the topic of diversity I really notice that we in Europe (and Germany especially) are mostly far behind many other places. Awareness needs to be pushed and I look forward to that happening.” – Laura Opheij from Germany “India teaches you a lot about diversity. (22 officially recognized languages in India). It’s our second nature in our culture to create something in multiple languages. We instinctively learn to handle diversity, because we’re used to this in our own culture.” – Sumanto Chattopadhyay from India “Diversity is the most minimal thing as humans that make us better. I think one of the best things about humanity is being very diverse.” – Daniel Higashionne from Peru

I want to thank everyone who allowed me to steal some minutes of their time and became part of this project. It was a true pleasure to hear about life in countries that I barely knew anything about. Also once more I realized how inspiring it is to talk to strangers from different places, origins, ages, cultures,…

Diversity is such a treasure.

You can find Laura Zalenga on the Web:

Copyrights:
All the pictures in this post are copyrighted to Laura Zalenga. Their reproduction, even in part, is forbidden without the explicit approval of the rightful owners.

Winners Of The Travel Photography Contest 2022 By The Independent Photographer