The following photos have been taken over the past five years in my favorite region of France, Brittany, and more specifically in North Finistère – Finis Terrae in Latin, the end of the land. Finistère remains a preserved region, a land of rocks, wind and rain. I spent part of my childhood there.

In recent years, I have had the opportunity to return to the places of my childhood for short stays, mainly during high tides and winter storms. Most of the photos that follow were taken on this occasion, in sometimes difficult circumstances. The first one, Solstice, was taken on a freezing December morning during a raging storm and left me soaked to the bones.

The Silence of the sea was taken in Saint Malo, in Ille-et-Vilaine, on a foggy morning in March, during the highest tide of the year. High granite walls surround the town, which was once a stronghold for privateers. During the tides, the waves rise vertically above the ramparts and can reach 10 to 15 meters in height. You can easily find images of these giant waves on Youtube. The spectacle is both frightening and fascinating. The Silence of the sea was precisely taken during one of these tides. It’s a long exposure of 12 minutes. The result is this sea as smooth as a mirror, from which breakwaters emerge, like a row of sentries.

I’ve often been asked if the sky in Kiss of the Dragon had been retouched in Photoshop : the answer is no. Sometimes miracles happen, and this sky is one of them. I hope that with a little imagination, you will see, like me, the head of the Dragon above the old fort.

While most of these images offer the spectacle of winter storms, with their dramatic skies, some have been imagined in the style of visual haïkus, such as Scar or Stone Garden : the emphasis is on negative spaces, and I hope they convey a feeling of rest and serenity. 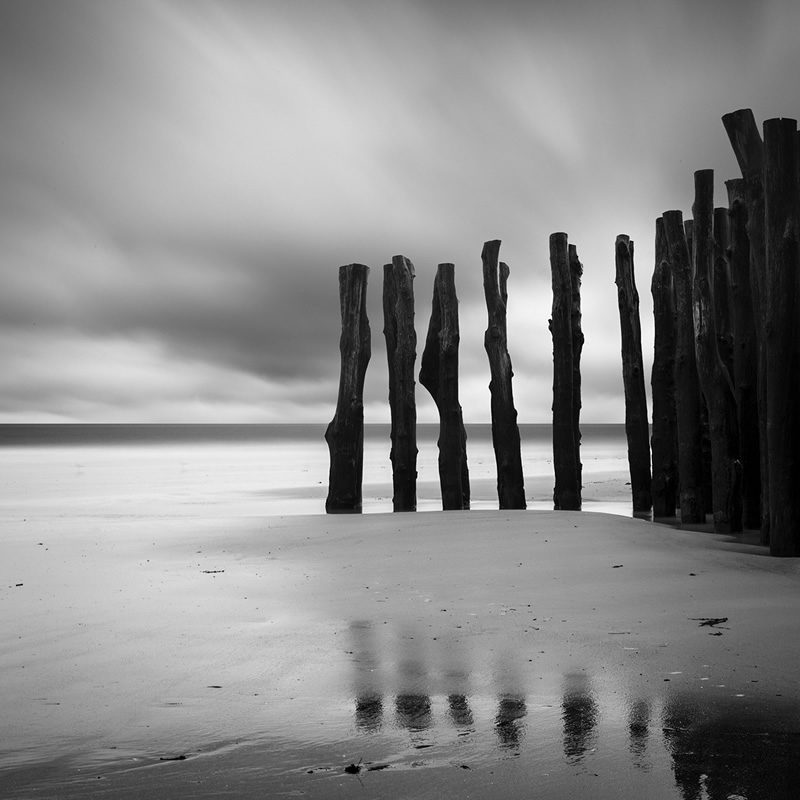 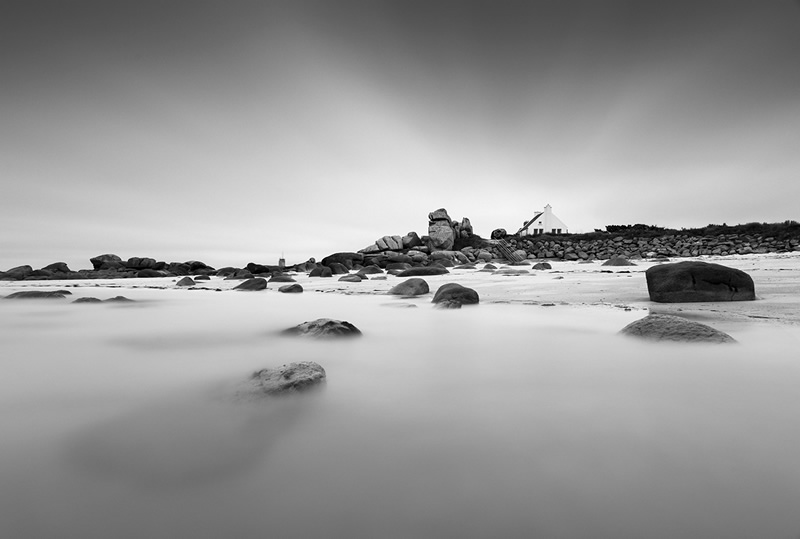 Born in 1973 in Burgundy, France, Arnaud Bathiard is a fine-art photographer specializing in black and white seascapes/waterscapes. Passionate about traveling, he has a predilection for austere landscapes he often treats in a minimalist vein, using long exposure technique. From the distant Azores to Scotland, via France, Venice, Switzerland, Portugal, his journey often brings him back to the places he cherishes. Composing an imaginary space beyond physical geography, his pictures draw the epure of a world frozen in silence and eternity.

You can find Arnaud Bathiard on the Web:

Copyrights:
All the pictures in this post are copyrighted to Arnaud Bathiard. Their reproduction, even in part, is forbidden without the explicit approval of the rightful owners.