Meet the African rain frogs that look like angry avocados, they are grumpiest species on Earth. The cape rain frog or giant rain frog (Breviceps gibbosus) is a species of frog in the family Brevicipitidae.

Adults grow up to 45 mm in length. It was the first African frog species to be scientifically described by Carl Linnaeus in 1758, under the name Rana gibbosa. It is the most common and largest of rain frogs. The name “rain frog” that is applied to the genus refers to a belief that these frogs bring rain.

When the Black Rain Frog feels disturbed and threatened, it will puff up and enlarge its body, adopting a more aggressive behavior. But that doesn’t mean that the Black Rain Frog hates company. On the contrary. Come mating season, the female will secrete a sticky substance on its back to keep the male from falling off; this is known as adhesive amplexus. It literally refuses to let go of its partner. 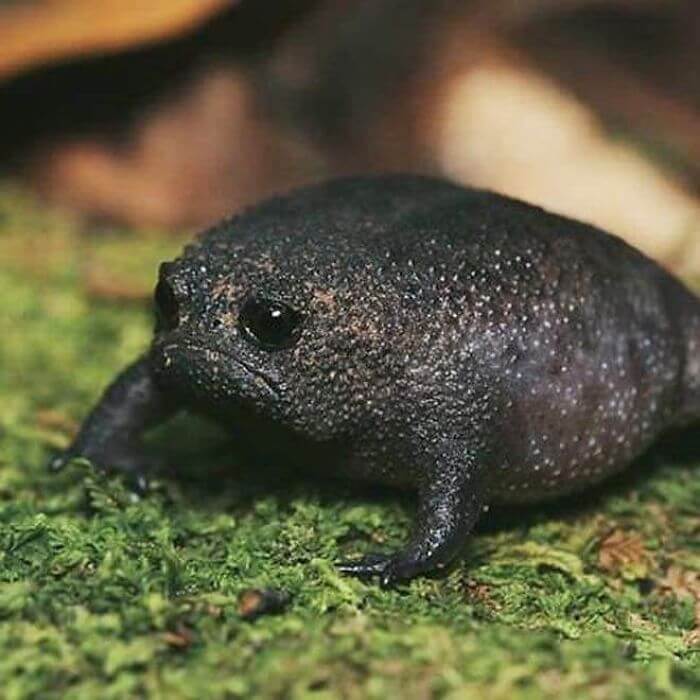 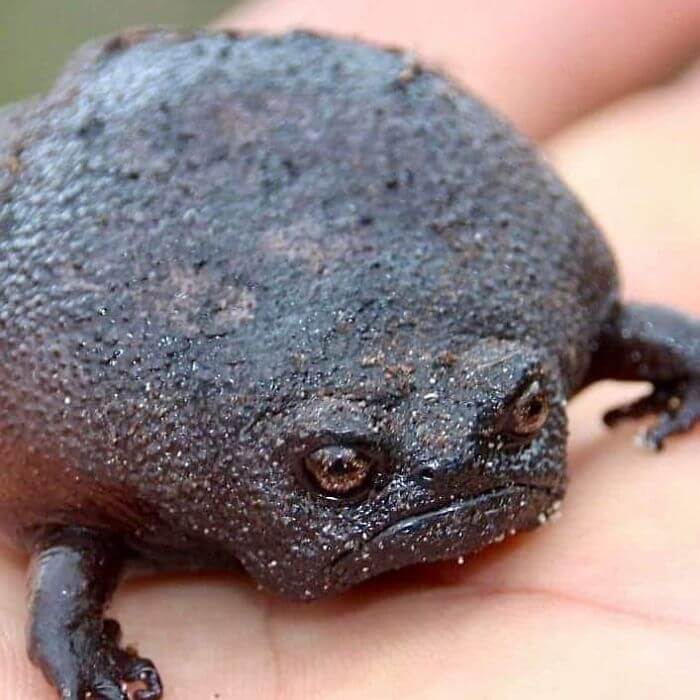 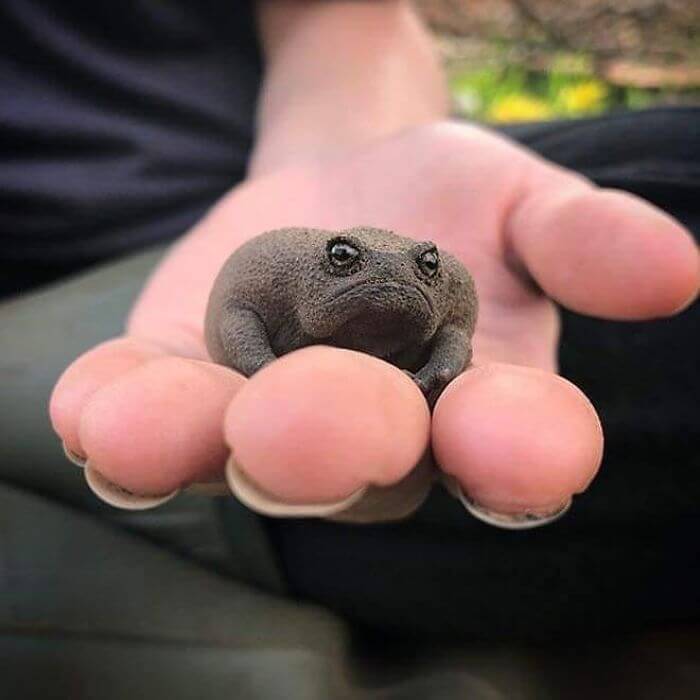 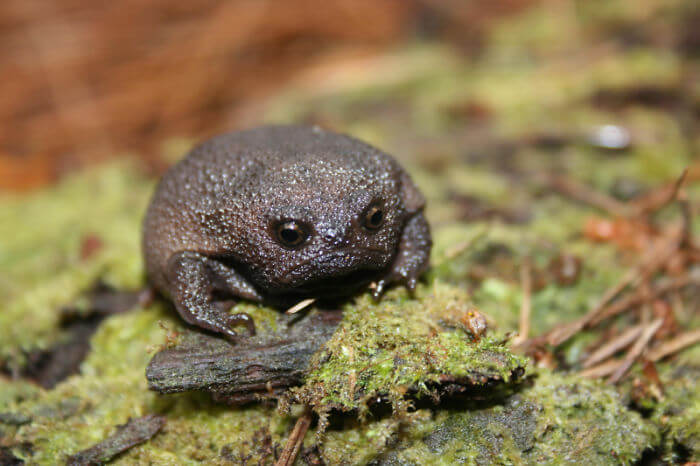 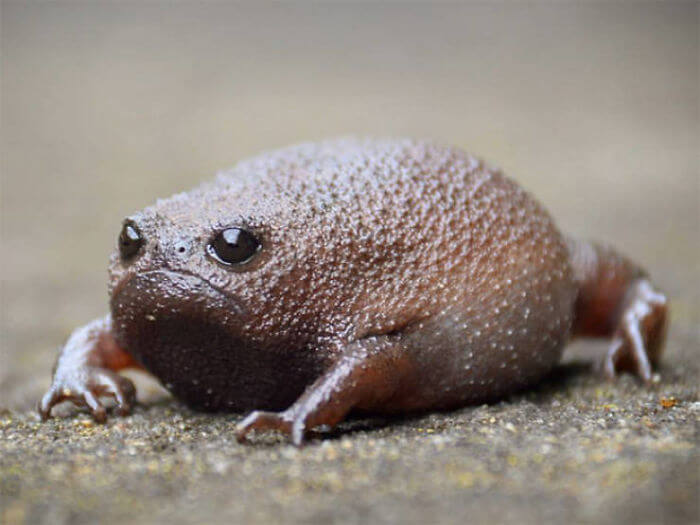 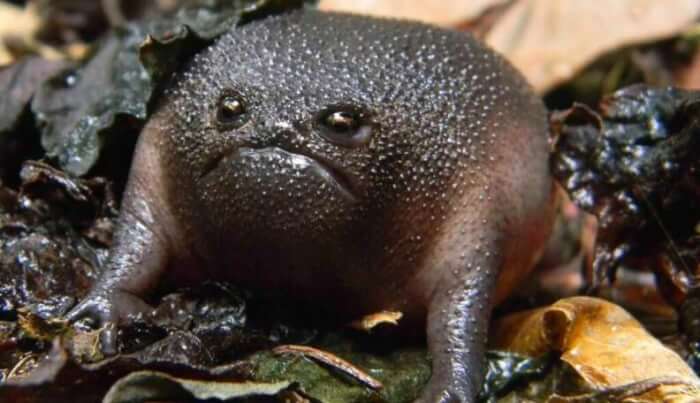 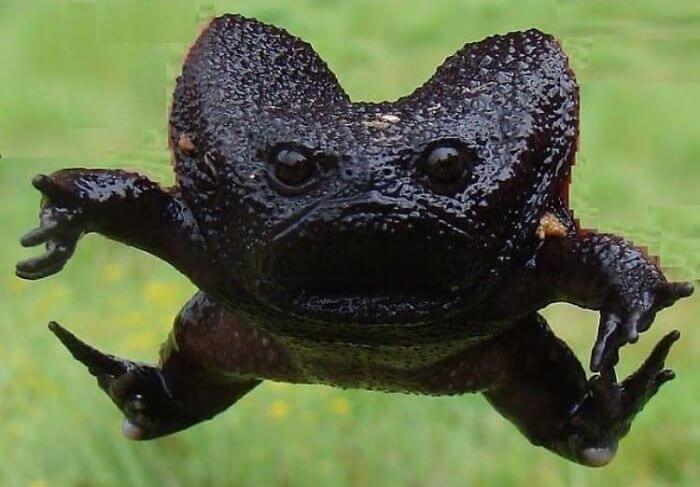 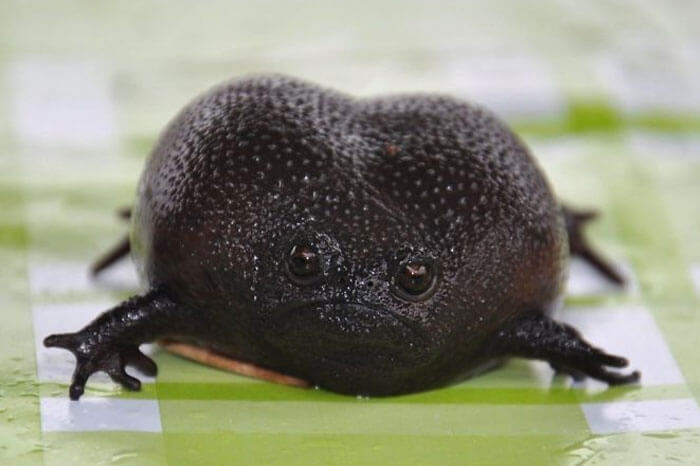 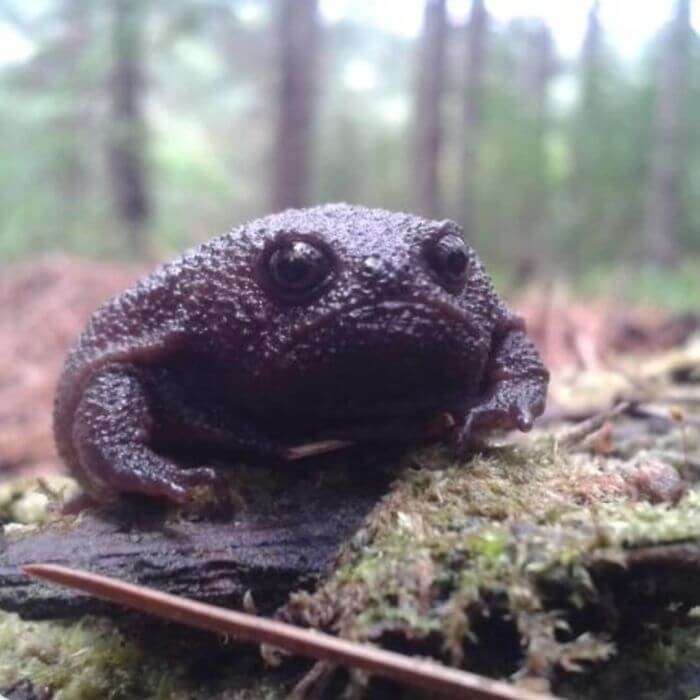