Bears Of Finland: A Photography Series By Christian Hoiberg

Comments Off on Bears Of Finland: A Photography Series By Christian Hoiberg

Photographing bears in Finland was an exciting and unforgettable experience that became one of the photographic highlights of a rather strange 2020. It’s hard to explain the feeling of having these massive animals at only an arm-length away; it’s simply something that must be experienced.

It was astonishing to have them so close but I was even more intrigued with their personalities that started showing after studying them through the course of several days. There was a total of 8 bears frequenting our base and each had their own unique personality. The more they stopped by, the more obvious their personalities became.
There was three bears that, in my eyes, had the strongest personalities of them all: Troublemaker, Panda and Jogi. I found it immensely fascinating to watch their behaviour as I got to observe them in various settings.

Troublemaker was, as his name indicates, the tough one who most others shied away from. His face and body is covered in scars and his intense stare can send a chill through your spine. Despite being the initiator of trouble, he tends to pick fights with a stronger competition and walks away defeated, only to try again later. Panda had a more laid back approach to life and had no interest in getting into trouble, though he wasn’t afraid to stick up to Troublemaker when needed. After circling the grounds a few times he casually strolled into the fields, enjoying some food, before vanishing back into the bushes. His ninja-like moves caught me by surprise a few times and I’m sure he noticed, as he walked passed by with a big grin on his face afterwards. Jogi is the entertainer and could’ve easily been an escaped circus bear – his endless facial expressions, morning swim and stretch routine, and eternal love for food was a constant source of entertainment. He cared little about anything else than his next meal but, despite his friendly face, it was clear that he was the big boss of the group. My goal when photographing bears in Finland was to use my knowledge of landscape photography and apply it to my wildlife photography. I wanted to create a gallery of images that has a magical light and atmosphere while still highlighting the unique personalities of these animals.

Below you can find my complete Bears of Finland gallery. These images were all captured on the border between Finland and Russia in August 2020. 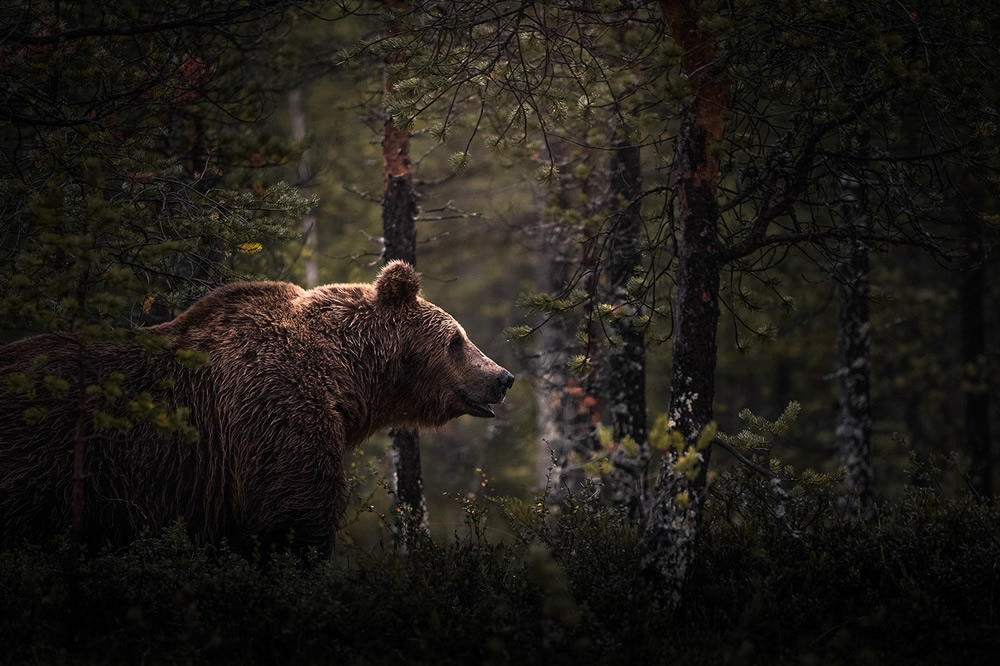 You can find Christian Hoiberg on the Web:

Copyrights:
All the pictures in this post are copyrighted to Christian Hoiberg. Their reproduction, even in part, is forbidden without the explicit approval of the rightful owners.