Comments Off on Braided Rivers: Beautiful Landscapes Of Iceland By Kevin Krautgartner
5 shares

The glaciers and ice caps of Iceland cover over 10% of the landmass. As they melt, especially in the summer months, the outflow forms networks of river channels which flow from the glaciers towards the sea, carrying sediment and volcanic soil.

When the flow of the rivers subsides, sediment settles on the river bed, leaving behind small temporary islands of dark volcanic sand that cause the channels of the rivers to split. The always-changing rivers systems can be several kilometers wide so it is only possible to see these patterns from an aerial perspective. 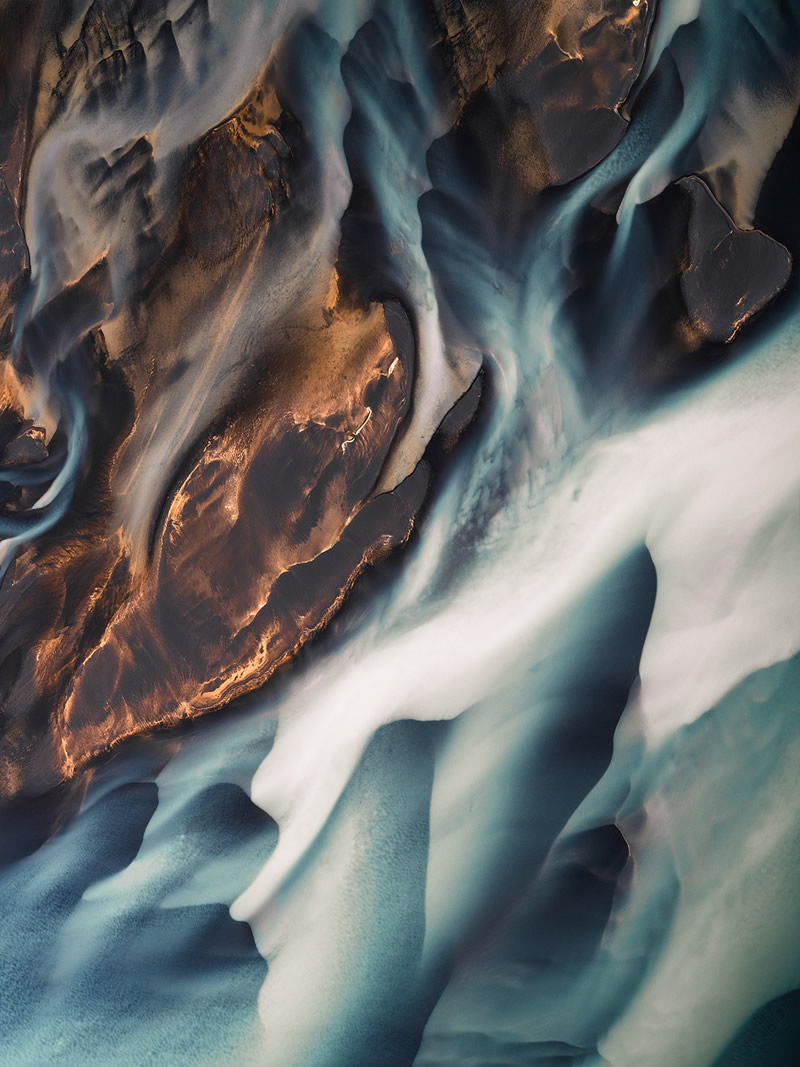 Kevin Krautgartner, born and raised in Germany, currently lives and works in Wuppertal. Already during his design studies, he devoted himself intensively to digital photography, which today is the core of his artistic work.

Conceptually, Krautgartner’s projects focus not only on classical architectural photography but also primarily on aerial perspectives, from which he rediscovers and redefines landscapes and habitats created by nature in general, geological processes and/or man-made structures as enormous “Found Art” objects. Particularly in the case of geological conditions, the characteristics of which are largely attributable to the Anthropocene, his works also touch on current, socially relevant topics.

For his high-resolution photographs Krautgartner largely dispenses with drones, but claims an authorial perspective with the help of various flying objects such as helicopters or small planes. In search of previously undiscovered places and images, the artist travels to a multitude of countries on all continents.

In order to make the eminently important, differentiated and difficult textures of the captured earth’s surfaces, which are as much a part of his work, tangible for the viewer, the intensive accompaniment of the printing process using the highest quality materials and equipment is an integral part of his creative process. Only through the enormously high fidelity of the exhibited exhibits, which is achieved in this way, do the forms and structures, which at first glance appear rather abstract, reveal themselves to the recipient on closer inspection as immensely detailed images of an environment that is familiar or alien to him.

In addition to national and international exhibitions, Krautgartner’s works can regularly be found in magazines and illustrated books. He has received various awards for his work, including the ADC Young Guns Award and the Epson International Pano Award. 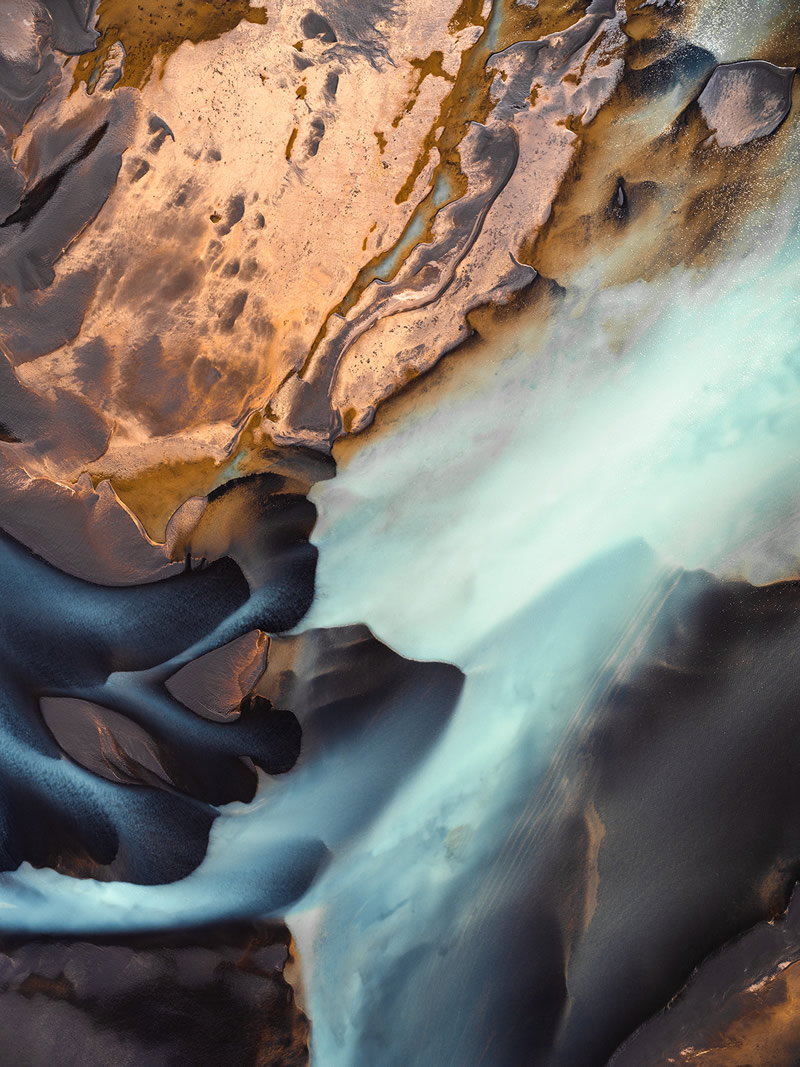 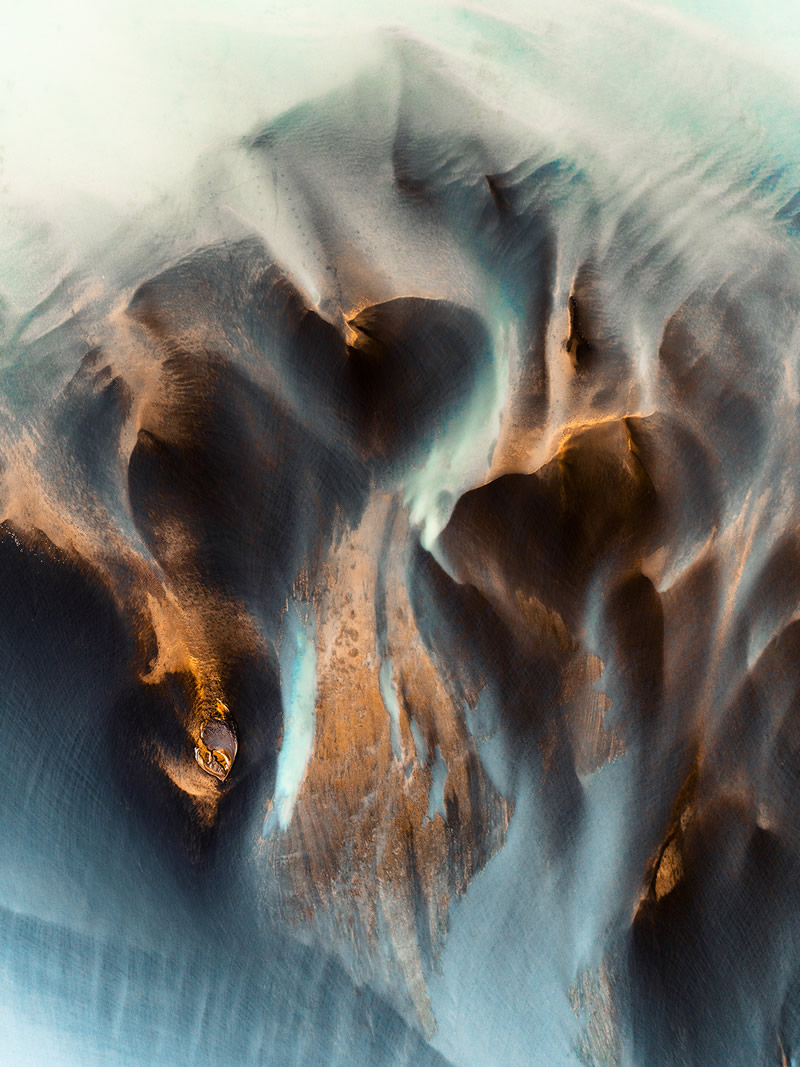 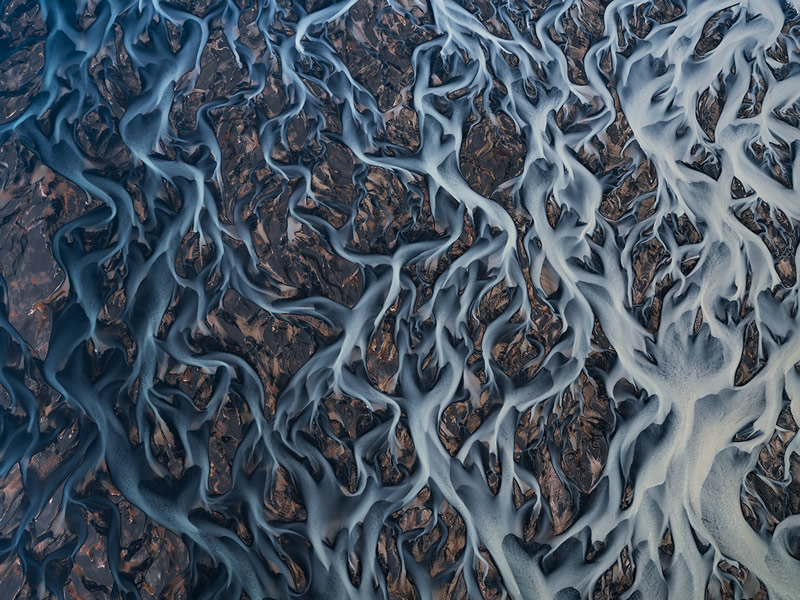 You can find Kevin Krautgartner on the Web:

Copyrights:
All the pictures in this post are copyrighted to Kevin Krautgartner. Their reproduction, even in part, is forbidden without the explicit approval of the rightful owners.